Seal has been talking non-stop about his divorce from Heidi Klum even though she has barely uttered a word. Is it appropriate? 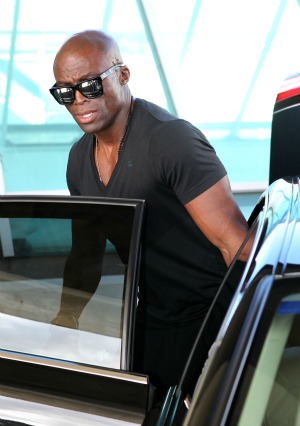 Literally less than 24 hours after Seal and Heidi Klum announced their separation, the “Kiss from a Rose” singer was making the talk show rounds discussing the sad state of affairs. Off-putting? A bit, especially since Klum herself has barely uttered a word about it.

So why did he do it?

“It’s a difficult time, the best that one can do in these situations is handle it with dignity, and handle it with civility as much as you can,” Seal explained on Australian radio show Fifi and Jules. “I’ve tried my very best to protect the general welfare of my family, my wife included, you know it is a difficult time and you hope you will behave like adults and protect those who are most important in this, who are your family, that bit of it doesn’t actually change.”

“I was booked to do the Ellen show and booked to do the Piers Morgan show three months in advance because I had a record to promote, it’s not like this thing happened and then I decided next week that I wanted to go on their shows.”

Seal talks about the split on The Ellen DeGeneres Show >>

“These people are my friends I’ve know them for a long time and as well as respecting their integrity there are a lot of people who were genuinely saddened by the fact my wife and I had decided to go our separate ways,” Seal said. “While they don’t really have the right to know details of our private life, I felt that those people at least had a right to some kind of explanation.”

“When you publicize your marriage as much as our marriage was publicized, when you renew wedding vows, when you do all those things you are giving them a picture of an ideal relationship, of a relationship that people aspire towards, so when it goes south you can’t all of a sudden take the philosophy of Celestine monk[s] and decide to go for a vow of silence, it doesn’t really work like that.”

No, not Heidi & Seal! 5 Other shocking celebrity splits >>

As for Klum keeping her mouth shut while he ran his? “And while I respect my wife’s decision not to talk about it, I felt that people at least deserved some kind of explanation.”

And, you know, some added publicity for his album Soul 2.