Zac Efron had a mortifying moment at the premiere for his new film with Taylor Swift, The Lorax. Find out if he really did drop a condom on the carpet. 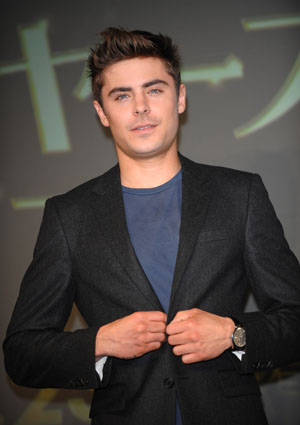 Talk about an awkward moment! Super hottie Zac Efron walked the orange carpet for the premiere of his new film, The Lorax, when he reached into his pocket. Something came with the actor’s hand when he pulled his hand out — and some are saying it was a condom.

Now, we’re not exactly sure if the small gold square was actually a condom, but it sure looked like it. Also, he looked pretty embarrassed about it, so we’re going with condom.

It’s not exactly a big deal — millions of twenty-something men are sexually active and we’re glad he’s using protection. The only embarrassing part is that it happened at a premiere of a kids movie. That’s likely where the embarrassment came from — after all, he talked about condoms and sex in a 2009 interview with Elle.

“My mom is like, ‘Zac, what did you buy in a sex shop?’ I was like, ‘Mom, calm down, it’s not a sex shop.’ She wouldn’t have any of it. She’s like ‘I knew you were being sexual!’ But she understood. My stocking was full of condoms this Christmas. She buys me the economy box.”

The 24-year-old was dating Vanessa Hudgens at the time. Now, he’s single and rumored to be hooking up with everyone from co-star Taylor Swift to actress Lily Collins and even Demi Moore. Swift told Ellen DeGeneres that they’re not dating, though.

“People get together when they’re shooting movies, co-stars,” she continued. “But not like animated movie co-stars.”

Judge for yourself: Did Zac Efron drop a condom?