The 84th Academy Awards are right around the corner and everyone’s got Oscar fever. Instead of drooling over this year’s nominees SheKnows is looking back at the most influential women from Oscars’ past. The following five ladies have broken down doors and paved the way for entertainers of today and tomorrow. 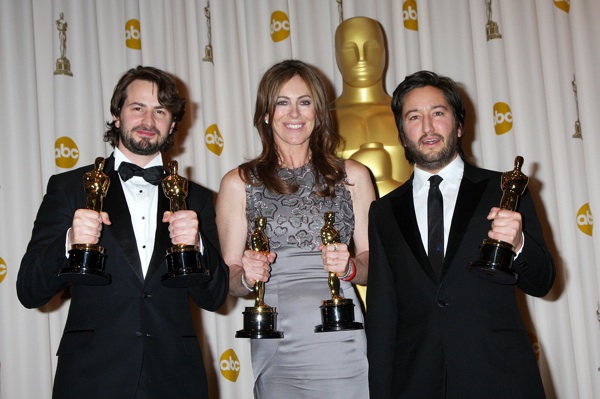 When it comes to the Academy Awards, no category screams macho like best director. Over the course of its 84 years, only four women have earned a best director nomination. In 2010, Kathryn Bigelow made history when she became the first woman to win the award for her war drama The Hurt Locker, beating out James Cameron (Avatar), Quentin Tarantino (Inglourious Basterds), Lee Daniels (Precious) and Jason Reitman (Up in the Air). Bigelow also walked away with an Oscar for best picture, after pulling double duty as the film’s producer. Who says women can’t have it all?

Hattie McDaniel paved the way for African-American performers, both male and female, when she won the Academy Award for best supporting actress in 1940. Not only was she the first black person to win an Oscar, but she was also the first to be nominated. She earned the award for her performance as Mammy, Scarlett O’Hara’s outspoken maid in Gone with the Wind. On the surface, it wasn’t a glorious role, but McDaniel’s win opened the door for future minority performers.

There’s no denying it, Katharine Hepburn is one of the greats. It’s been nine years since her death, and she still holds the Guinness World Record for an actor with the most Academy Award wins. During her career, she earned four Oscars (in the lead actress category) for Morning Glory, Guess Who’s Coming to Dinner, The Lion in Winter and On Golden Pond. Despite multiple wins and nominations, Hepburn was notorious for skipping out on the Oscars. She only attended the ceremony once in 1974 to present the Irving Thalberg Award to her friend Lawrence Weingarten. Hepburn played by her own rules. She made an appearance when she was good and ready! 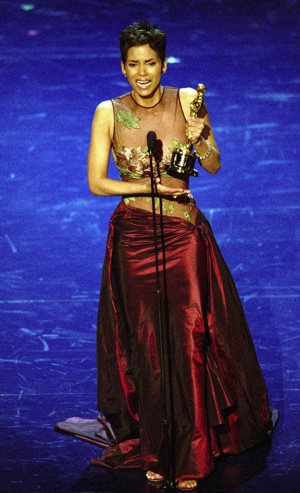 It took 74 years, but in 2002 Halle Berry became the first African-American to win the Academy Award for best actress. Standing on the shoulders of previous nominees like Angela Bassett, Cicely Tyson and the legendary Dorothy Dandridge, Berry took the award for her performance as a troubled mother in the drama Monster’s Ball. To this day, she’s the only black actress to win in the category. Perhaps, 2012 best actress nominee Viola Davis (The Help), could give her some much-needed company?

Meryl Streep is in a league of her own. The two-time Oscar winner is no stranger to the Academy. Steep has been in the business for over 30 years and has accumulated more Oscar nominations than any actor (male or female). She even beat out Katharine Hepburn, who earned 12 nods over the course of her career. As of 2012, Streep stands alone with 17 Oscar nominations, including one for this year’s The Iron Lady.