LeAnn Rimes is actually making headlines for something other than her weight and love life. We hear the “Blue” singer is amongst the songstresses negotiating for a spot on the revamped judging panel of The X Factor. 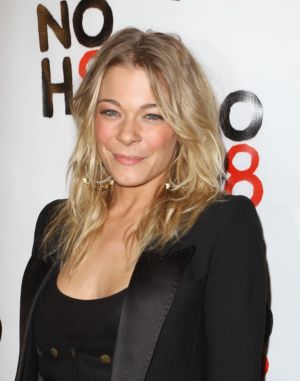 Call it the “Token Country Vote!”

Add Down Home crooner LeAnn Rimes to the litany of singing sisters hoping to raise their voices as celebrity mentors on the second season of The X Factor.

It’s true — the “Blue” hit-maker is tossing her hat into the ring, hot on the heels of news that pop tart Britney Spears is also interested in filling one of the two judges seats left vacant by the axing of Paula Abdul and Nicole Scherzinger.

Entertainment Weekly snoops say Rimes recently met with Factor co-producer FremantleMedia North America to talk about the possibility of her joining the Fox singing competition as a judge.

The X Factor is in the process of restructuring after a tough first season in the ratings. Insiders say the former child country star is touting her vast experience in the genre in hopes of becoming the show’s answer to Blake Shelton — who serves as the resident Nashville star on NBC’s The Voice.

Not to mention she’s got a real thing for talent shows: LeAnn got her singing start appearing on Ed McMahon’s Star Search.

(So did Britney, but you didn’t hear that from us!)

Translation: Cowell isn’t commenting on reports that a host of music superstars — including Rimes, Spears, Janet Jackson, Pink, Fergie, Mariah Carey and Kelly Rowland — are in the running to join the music mogul and record executive L.A. Reid as judges.

“There is a load of speculation, some true, some not true. We will meet a number of people over the next few weeks… I have learned a big lesson — keep your mouth shut,” Simon said Wednesday.

Only one thing’s for certain: The new X Factor panel will be just as gender-balanced as the last.

“We will likely have two girls. That, you can probably count on… I absolutely expect the second season to do better than the first… I learned a lot from last year. I genuinely learned a lot and I think we have learned how we can make the show better.”

Would you like to see LeAnn Rimes as a judge on The X Factor?