Demi Lovato’s journey back after a harrowing battle against eating disorders, drug addiction and depression is being documented in a new one-hour MTV special, titled Demi Lovato: Stay Strong. 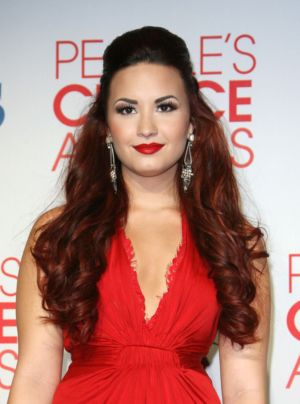 Demi Lovato‘s on-going road to recovery from anorexia, bulimia and drug addiction is being chronicled in a new documentary for MTV.

After a headline-making emotional breakdown that sent her to rehab in October 2010, the teen pop star is allowing MTV’s cameras to document the aftermath of her battle against food, self-mutilation and cocaine.

The singer announced the project to her fans by tweeting a promotional poster on Tuesday.

“I wanted to share my story, but I knew it had to be honest, it had to be real,” the 19-year-old said. “I have daily challenges but so do many kids who are struggling to feel comfortable in their own skin. If opening up and sharing my story inspires even one person to stay strong or to get the help they need, I’ve succeeded.”

In Demi Lovato: Stay Strong, Demi offers a first-hand account of the events that forced her into a Chicago-area treatment center. The one-hour special will see the “Skyscraper” singer returning to her hometown of Dallas, Texas for her first family Thanksgiving since leaving rehab.

Demi also headed back to the facility she credits with saving her life. The former Disney darling spoke with other teens battling the demons that nearly destroyed her.

“I wanted to go home after 30 days, but they told me, ‘No, you’re not better.’ I went through 14 hours of therapy every day. It wasn’t fun…There were sessions from seven in the morning until nine at night. It was constant emotional work and exhausting. By the end of the day, all you wanted to do was sleep.”

While depression is no longer a daily cloak for Demi, she still struggles to stay on the right path. The former Sonny with a Chance star even resides under the same roof as her sober coach.

“She is living with us,” Demi told Britain’s You magazine of the coach, identified only as Sarah. “She watches me and makes sure I eat three meals a day.”