Aretha Franklin says there is no beef between her and longtime friend Cissy Houston — and the reason she gave for missing Whitney’s funeral was legit. 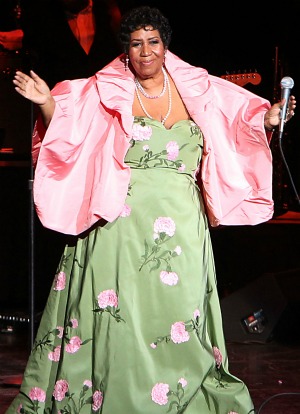 Was Aretha Franklin uninvited to Whitney Houston’s funeral or did she really hurt her leg? While it’s far more salacious to imply that Cissy Houston yanked her invite over an implied slight, the Queen of Soul says that’s just not how it went down.

“Extra TV, the New York Post and Newsday should stop the BS,” Franklin said in a statement. “Cissy Houston and I have been longtime friends for almost 50 years.”

“I have four invitations and parking passes that were sent to me for the funeral. Extra TV, the New York Post and Newsday are more interested in sensationalism and negative speculations than the truth. People are getting their information from the wrong source. The intelligent and the thoughtful thing to do would be to respect and have some sensitivity to the moment. If you don’t know how, at least try.”

What started this mess? Franklin supposedly gave an interview on the Today Show saying that drug addicts aren’t raised right — but that’s not quite what she said.

“Cissy does not need ridiculous speculation and neither do I — particularly at this time,” Franklin continued. “Also, with respect to the Today Show, my entire statement was pre-taped. However, the Today Show did not air the part of my statement, which said, ‘This is no reflection on Cissy or Nippy’s upbringing.’ Knowing Cissy as well as I do, I know Whitney left home right and properly. I was generalizing and it was a well-intended statement for any young adult coming into the music industry. I was not speaking of anyone specifically.”

As for Bobby Brown’s excuse? That’s a different story entirely.