The new stop motion-animated film Frankenweenie — the story of a boy who resurrects his recently-deceased pet dog — is the feature-length follow up to a short Tim Burton made nearly three decades ago. 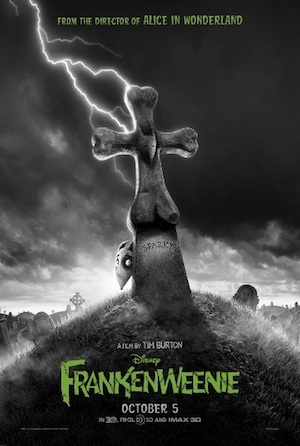 Haven’t we all learned that if someone even begins to suggest reanimating a dead person, dog or god forbid a pet parakeet, that it’s just a really, really bad idea?

But that’s not stopping the mayor of Goth city when it comes to directing the newest take on Mary Shelley’s classic novel Frankenstein. Tim Burton, resident connoisseur of all things abnormal, or shall we say abby-normal, is bringing a dog back to life in the feature animation Frankenweenie.

In an attempt to resurrect a project many thought was long dead, Burton put the lightening bolt on a short film he wrote and directed in 1984 of the same name.

That was a live action film, quite different from the black-and-white animation seen in the new poster recently released from Disney. Frankenweenie is the story of a young boy who decides science is the best way for him to be reunited with his dead dog.

When the story’s hero, the aptly-named Victor (voiced by young Charlie Tahan of I Am Legend and Charlie St. Cloud), revives Sparky with an ingenious life-regenerating technique, there are more than a few consequences that come barking up his tree. 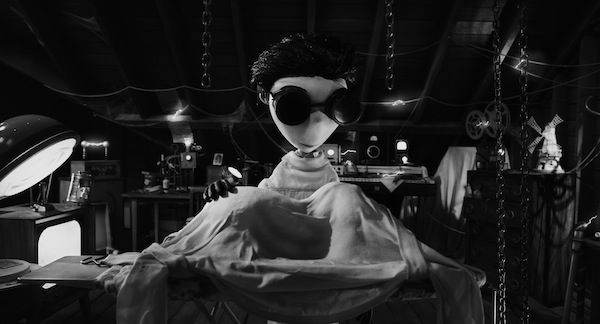 Filmed in black-and-white (that seems to be a trend these days), the story is a dark look at the idea that death is not without its alterations. The moody set design — did you expect any less — matches up nicely with the quirky cast of Burton favorites.

Winona Ryder, known for her love of Burton films, started her career with him in a break-out role in the film Beetlejuice. You’ll also remember her in the slice-n-dice love story where she played opposite her then-beau Johnny Depp in Burton’s Edward Scissorhands. In Frankenweenie, Ryder voices the role of Elsa van Helsing. 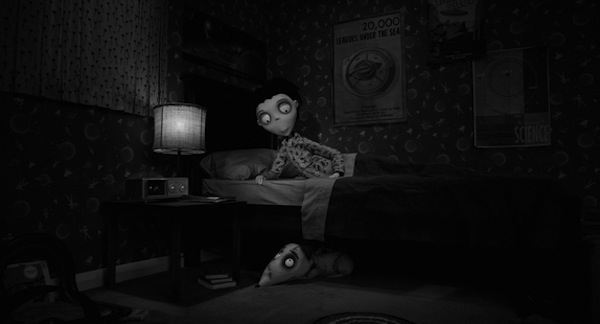 Frankenweenie opens in theaters just in time for Halloween on Oct. 5.