Superman is wooing Michael Urie. Say what? Keep reading to find out what we’re talking about! 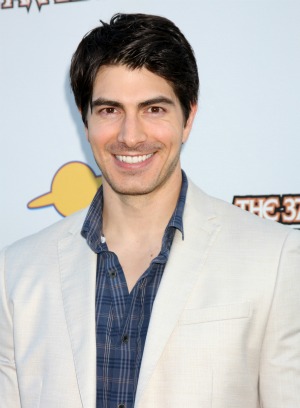 Brandon Routh, formerly known as Superman, is heading to CBS’ new pilot Partners and his role is quite juicy.

As first reported by Deadline, Brandon Routh, who not only played Superman on the big screen, but also appeared on Chuck, will play Michael Urie’s boyfriend on Partners.

You remember Michael Urie from Ugly Betty, don’t you?

If you’re not familiar with Partners, you should be.

The CBS pilot, from Will & Grace creators Max Mutchnick and David Kohan, centers around Charlie (straight) and Louis (gay), “two architects whose friendship has lasted longer than either of their romantic relationships and almost seems like a weird marriage.”

When Charlie takes the plunge and decides to pop the question to his girlfriend, “Louis’ neurotic attempts to be supportive nearly result in the breakup of his own relationship.”

If you haven’t connected the dots yet, Michael Urie is playing Louis. As for Routh’s character, he’s “a former alcoholic, club-hopping model, now a sober, vegan nurse.”

We want to hear from you. With so much pilot news going around, what are you most looking forward to?

Are you waiting for Partners? What about the other CBS pilot, Elementary, a modern day take on Sherlock Holmes? You know, CBS just found its Sherlock Holmes — Jonny Lee Miller!

Thumbs up or down for pilot season?