Next week the decision is in America’s hands, but for now, the American Idol judges did the honor of revealing the first 14 of the top 24. 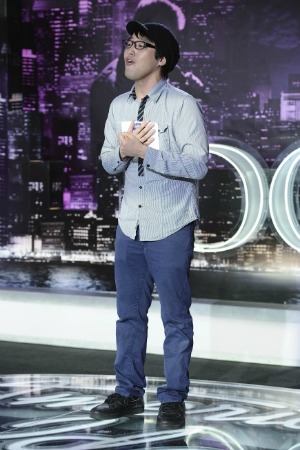 Don’t get your hopes up, the entire top 24 was not revealed on American Idol Wednesday night — the rest will be revealed Thursday night.

Of the first 14 announced, a good deal of our favorites were included, which means the voting rounds should be intense.

With that being said, you might not want to look at the leaked names in order to keep the element of surprise going.

We’re dumbfounded over the cut of Lauren Gray. The smoky singer was gorgeous and this could be one that the judges regret!

But, for the most part, Steven Tyler, Jennifer Lopez and Randy Jackson got it right. Funky crooner Reed Grimm and our favorite, Phillip Phillips, sailed on to the live show next week.

Also in the mix are country ladies Baylie Brown and Chelsea Sorrell.

Heejun Han, and original stylist who sang “What a Wonderful World,” Creighton Fraker, also made it through to plead for your votes.

This is going to be one tough competition by the look of things, so get your fingers ready to dial, text and vote online.

Check out the first 14 to make it through to the top 24 and don’t forget to return to Fox Thursday, Feb. 23 to find out who completes the list.