Remember when we told you One Life To Live’s John McBain, Blair Cramer, Todd Manning and Starr Manning were heading to General Hospital? Well, there’s a hot new promo! 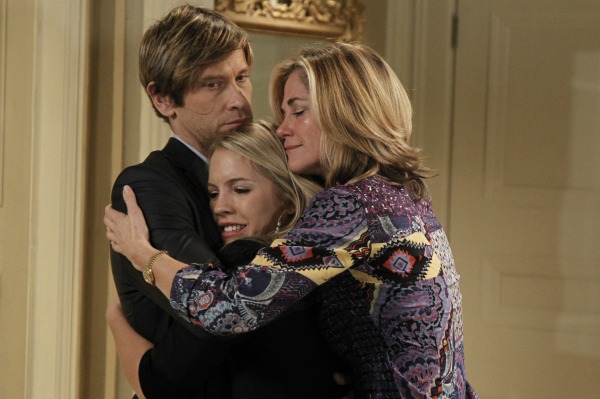 The drama is about to heat up on ABC’s General Hospital when a few of Llanview’s finest come gunning for Sonny Corinthos.

ABC daytime has seemed naked without staple One Life To Live dishing up juicy stories about twins from separate fathers — which turned out not to be true, by the way.

Thankfully, there’s a new preview of John McBain’s arrival in Port Charles, which will no doubt change the dynamic of General Hospital.

Joining John in the journey are famed soap faces Todd Manning, Starr Manning and Blair Cramer. What does the story hold for these soapy vets?

Well, the promo provides an exciting lead-in to John trailing mobster Sonny Corinthos, who also happens to be a long-standing GH favorite.

It also looks like Todd is on the prowl to make Sonny pay.

Oh, and let’s talk about why Carly and Blair are clinking champagne glasses in tribute to “never looking back.” Isn’t that kind of weird?

Former OLTL head honcho turned GH showrunner, Frank Valentini, said back in January, “We have a very exciting story planned for the citizens of Port Charles, with Sonny Corinthos at the center of it!”

He added, “I am confident viewers and fans alike will be excited for the arrival of John (played by Easton), Starr (Kristen Alderson), Blair (Emmy nominee Kassie DePaiva) and Todd (Emmy winner Roger Howarth). Incorporating characters from One Life to Live continues the legacy of the show as we weave them into General Hospital.”

Talk about exciting! Check out the hot new promo and look for their big entrances in the coming weeks…