Gosh, there are so many puns we can use for this one, but we’ll just dish it up — Meat Loaf is joining USA’s Fairly Legal.

Related story Meat Loaf is a butcher: Another questionable endorsement 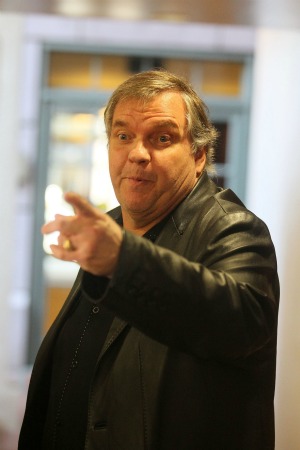 Meat Loaf will join Fairly Legal’s second season when the show returns this spring. How’s that for tasty?

According to TV Line, the singer, whose real name is Marvin Lee Aday, will appear as Charlie DeKay.

Oh, even the last name has some kick to it when said in a certain context — decay.

According to the report, DeKay is “An old-school, blue-collar transportation union boss with a dirty mouth who wields an iron fist as he threatens to bring San Francisco to a halt in order to protect his workers.”

Meat Loaf’s episode will be the ninth in the season and is currently called “Kiss Me, Kate.”

With this being pilot season and the time for big guest stars to be announced, the internet is buzzing.

So far, Katy Perry, Robert Englund, Gloria Estefan and Matt Prokop have been added to some of the hottest shows, while pilot chatter has CBS, ABC Family, NBC and Fox in full swing.

We want to hear your thoughts! Head over to our comments section and tell us what you think of Meat Loaf’s latest gig.

Tasty or out of date?