Simon Cowell dished all things The X Factor during a recent conference call to promote season two’s auditions and you might find what he said interesting. Keep reading to see what’s in store for the judges’ panel and the open hosting gig. 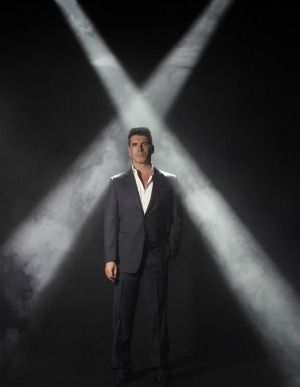 Simon Cowell is no stranger to taking chances and his latest musings over The X Factor could make for a good change to season two.

Not if Simon Cowell gets his way.

During a conference call, he told reporters he’s always wanted two hosts — one boy, one girl!

If that happens, that will leave us with four new additions to the show.

Simon Cowell said, “I always wanted a boy and a girl to host the show and I think that’s definitely going to happen now.”

He added, “I think it’s going to make it more interesting.”

Actually, that could make for some great catty TV. Kind of like good cop, bad cop.

While they were mum on any actual names to fill the judges’ seats (Britney Spears, Janet Jackson, Fergie), L.A. Reid did chime in about what the sex of the judges would be: “We will likely have two girls. That, you can probably count on,” the current judge said.

As for the super sing-off Simon Cowell presented to The Voice and American Idol, Simon Cowell said, “I was very disappointed with the reactions back from the other two shows. I like the idea of a super final, providing the contestants are up for it from the beginning. I thought it would be something different. They’ve both bottled it for now. I spoke with L.A., we’re up for it.”

He added, “It kind of felt like it was going to be the musical Super Bowl and I loved that idea.”

We loved the idea too, Simon. Unfortunately, Adam Levine said The Voice isn’t so worried about what other shows are doing at the moment, so the likelihood of a super sing-off is probably not good.

Head over to our comments section and sound off over the new dish coming from camp X Factor.