Oh, happy day. Conan O’Brien has signed a new deal that keeps his late-night show, Conan, on TBS until the year 2014. 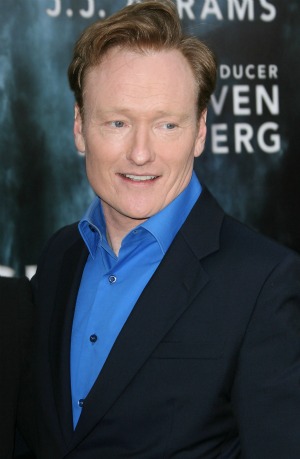 We have recent ratings trends to thank for the extension of Conan O’Brien’s late-night talk show, Conan.

According to The Hollywood Reporter, TBS announced Conan O’Brien will stick around until 2014, reasoning, “Conan has been a hit with TBS’s core audience of young adults.”

It’s not the overall ratings that were examined while making the decision, it was the recent ratings (three consecutive months’ worth) that played a factor.

The network said, “The success of Conan also extends well beyond the show’s TBS telecasts to include widespread DVR, online and mobile viewing, interaction through Twitter, Facebook and TeamCoco.com.”

Head of programming for TBS, TNT and Turner Classic Movies, Michael Wright, added of the deal, “We are proud to be in business with Conan O’Brien for the long run. Night after night, Conan and his team have put together terrific shows that draw a young and fiercely loyal audience.”

He went on, “As if that weren’t enough, they have also built a dynamic online presence that keeps fans engaged like no other show in late night.”

As for the man himself, Conan O’Brien said of the new deal, “I am excited to continue my run with TBS because they have been fantastic partners.”

Never one to miss a joke. Congrats on the deal, Conan!

Are you Team Coco?