It’s a good day to be a McClane. Twentieth Century Fox has announced the latest addition to the Die Hard family. After months of waiting, the studio has found an actor to play Bruce Willis’ onscreen son. 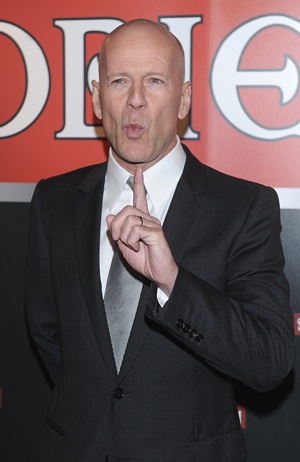 There can only be one John McClane, right? Wrong! If you’re a fan of the long-running Die Hard film series, you know that he’s John McClane Sr. After laying low for most of the franchise, his son and namesake is joining the party.

It’s been confirmed (via The Hollywood Reporter) that Australian actor Jai Courtney has been cast as John McClane Jr. He’ll join his onscreen dad Bruce Willis in the sequel, A Good Day to Die Hard.

Twentieth Century Fox spent months trying to find the perfect actor to fill the role. Several well-known stars were up for the part including Emmy winner Aaron Paul (Breaking Bad) and Liam Hemsworth (The Expendables II).

A Good Day to Die Hard will be directed by John Moore and center on McClane (Willis) as he travels to Moscow and is reunited with his estranged son, who goes by the name Jack.

Fox released a statement describing the pair’s father-son dynamic. They revealed that “Jack may even be more of a harda** than his father. Despite their differences, they must work together to keep each other alive — and the world safe for democracy.”

Prior to landing this role, Courtney appeared on the Starz series Spartacus: Vengeance (2010). He recently wrapped production on the feature film One Shot, which stars another big name — Tom Cruise.

Both of Courtney’s films are scheduled to hit theaters next year. One Shot opens Feb. 8, while A Good Day to Die Hard debuts Feb. 14. Sounds like February is his lucky month!

What do you think of Jai Courtney as the new John McClane Jr.?