A former Seinfeld cast member is clinging to life today after a failed suicide attempt left him with a bullet in his brain — but still awake and talking. 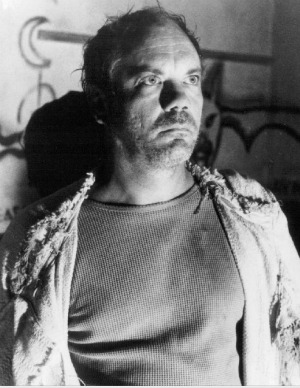 Imagine being desperate enough to shoot yourself in the head — and realizing afterwards that it didn’t work.

Daniel von Bargen, who played George Costanza’s boss Mr. Kruger on the ’90s hit TV show Seinfeld, is dealing with just that today after he attempted suicide by gun — but the bullet didn’t hit the mark.

The actor, whose long career has included roles in The Silence of the Lambs with Jodie Foster, O Brother, Where Art Thou? with George Clooney, Basic Instinct with Sharon Stone, Law & Order, Malcolm in the Middle and G.I. Jane with Demi Moore — among many others — called 911 minutes after he realized his shot failed.

When asked if the shooting was accidental he replied, “Uh, no, I was supposed to go to the hospital today and I didn’t want to. So I shot myself. But it didn’t work… They were going to amputate at least a few toes.”

When asked by the operator why he tried to kill himself, von Bargen said he was tired of living with diabetes and seeing his body failing him.

The actor sounded extremely lucid and alert all things considered; he recited his address and the phone numbers of his sisters perfectly.

Daniel von Bargen is currently in critical condition in an Ohio hospital.