Cycle 18 of America’s Next Top Model premieres next week, but the CW has already renewed the show for a 19th season — a college edition? 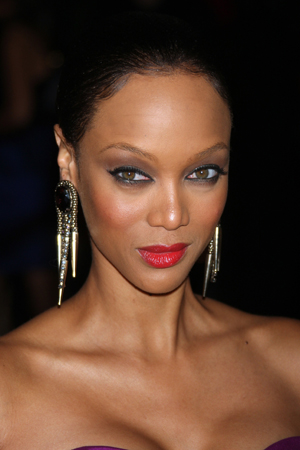 The past seasons of America’s Next Top Model haven’t all been identical: One cycle was filled with petite models only, while another welcomed back previous contestants as “all stars.” The upcoming cycle 18 is entitled British Invasion because only half of the aspiring models are from the U.S., while the rest of the competitors hail from the United Kingdom.

Though the next cycle of the show premieres next week on the CW, the network has already given Tyra Banks and her production team the green light on cycle 19 — a college edition! According to The Hollywood Reporter, the network has given an early pickup to the series in order to get a leg up on the casting process, which is expected to begin soon.

And get ready for a double dose of ANTM this calendar year, as the college edition is slated to air this fall!

In the meantime, America’s Next Top Model: British Invasion premieres later this month, but the contestants’ casting criteria isn’t the only thing switched up this season. Fashion PR guru and The City personality Kelly Cutrone joins the judges’ panel, and we’re guessing her criticisms for the aspiring models will be harsher than anything she’s ever said to Whitney Port while she worked at People’s Revolution!

Will you be watching America’s Next Top Model: British Invasion next week? What do you think of the theme for cycle 19?