27-year-old filmmaker Hallvar Witzo just landed in Hollywood from Norway. So, how did he end up at a luncheon with Martin Scorsese and Steven Spielberg? 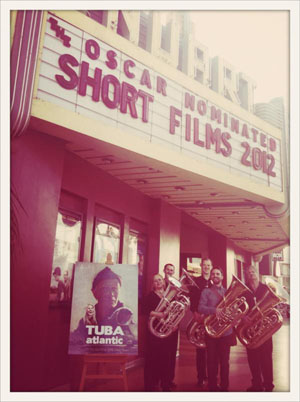 We’re pumped for the Oscars this weekend, especially to see whether or not our faves like George Clooney and Brad Pitt take home a gold statuette. We also like to root for the lesser-known categories, like Best Action Short — especially when the nominees have a cool story.

Take for instance Norwegian nominee Hallvar Witzo. The 27-year-old director — just out of film school — is up for Oscar for his short film, Tuba Atlantic. Most filmmakers wait decades for the chance to earn an award, but Witzo is doing it in double time.

Not bad for a kid who had to take a boat to even see a film in the cinema.

“My first job was picking up stones from acres of wheat fields. I was 11 years old. I never in my life could imagine myself one day being nominated for an Oscar,” he told SheKnows.

“I’ve made films since the first time I “borrowed” my dad’s VHS-camera from Tokyo and blew up my GI-Joes with gasoline and explosives. I had worn out all of my big brother Arne’s VHS-cassettes and I was deep into the mystery of Hollywood.”

Who says the Oscars aren’t diverse?! >>

Tuba Atlantic is the story of 72-year-old Oskar, a man with six more days to live. He’s being followed by a 13-year-old death angel, Ingrid, who wants him to die so she can prove herself. His only hope of living is to reach his brother by using a 40-ton musical instrument that can send a note across the Atlantic Ocean.

The best part is of being nominated is Witzo’s experience in Los Angeles. His first stop after his 18-hour flight? A memorable Oscar luncheon with his heroes. 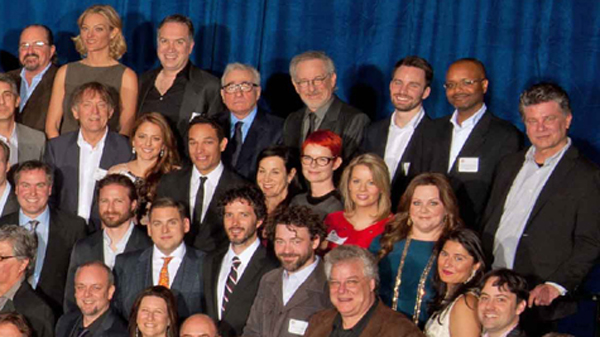 “I accidentally ended up standing next to Steven Spielberg and Martin Scorsese. I mean these guys made films that taught me more than my own mother,” he joked. “Now I’m standing next to them talking about short films, how they started making shorts, and me sharing my experience of making Tuba Atlantic. The strangest thing about the whole thing was the low-key relaxed feel to it. Talking to the guy who made me shape mountains of my mashed potatoes, wasn’t as scary as I imagined it would be.”

“I mean, walking into the Beverly Hilton next to Brad Pitt was like being at the circus. I wasn’t the cute elephant nor the pretty lady who did the gymnastics, I was just the young donkey running around thinking what the hell am I doing here? I must be in the wrong place,” he said.

Despite the excitement, Witzo said he’s not too scared of the actual ceremony.

“Maybe I should be, but I’m not nervous for the Academy Awards on the 26th. Probably because being nominated among such great short films is like being a winner already.”

Watch the trailer for Tuba Atlantic