Add Britney Spears to the growing list of pop acts rumored to be on the shortlist for a judging opening on The X Factor. The “Criminal” singer is reportedly “serious” about replacing Paula Abdul or Nicole Scherzinger on the struggling singing show. 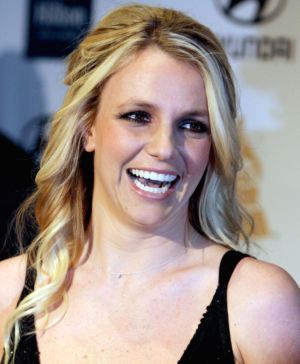 Hot on the Web this Wednesday: A big, fat, Southern Louisiana wedding isn’t the only thing Britney Spears is busy plotting. We hear the engaged pop tart is the latest singing sensation eager to trade barbs with Simon Cowell and L.A. Reid on the next season of The X Factor.

Now that former Factor pundits Paula Abdul and Nicole Scherzinger are out, the “Circus” songstress is vying for the opportunity to fill one of the two recently-vacated judging chairs, Us Weekly informants say.

Brit’s reportedly made several “serious inquiries” about hashing out a deal to join the second season of the struggling series — which has failed to draw the mega-ratings of its singing show challengers, like American Idol and The Voice.

Now don’t go getting your hopes up, Britney fans: Your beloved Spearsy is facing some stiff competition for the gig.

Cowell, executive producer of The X Factor, has reportedly been holding meetings with potential replacements for the ousted cast members for much of the month. The list of contenders reads like the star-studded guest list for a Hollywood dinner party, sources say.

Janet Jackson is in discussions with producers. And Simon reportedly has his blackened heart set on signing punk pop princess Pink, Reid’s one-time protégé. Fergie, Katy Perry and Mariah Carey are some of the other names being tossed around as potential X Factor mentors.

In a recent interview with Extra TV, Cowell confessed that he typically isn’t keen on hiring A-listers.

“Firstly, they are incredibly expensive — that is millions you lose on something else,” he explained.

“Secondly, they have to make the time commitment and on my show, they have to work five days a week. Thirdly, they have to be interesting… I’m not playing this game where we have to compete on the level of A-lister stars,” the music/television mogul told the show.

Britney’s banking that her Grammy-lauded career will give her a leg up on the other girls. After all, Spears has a 14-year string of hits to her credit — a reign of success that kicked off with “(Hit Me Baby) One More Time,” her 1998 debut single.

The star also has a strong history with the X Factor franchise. Her 2008 performance on the U.K. edition of the talent competition set a ratings record. Approximately 12.8 million viewers tuned in as Brit performed a medley of her chart-toppers, including “Womanizer” and “(You Drive Me) Crazy.”

Do you think Britney Spears would make a good X Factor judge?