Robert Englund invaded our dreams, turning them into nightmares, as Freddy Krueger. Now he’s taking on the small screen in a guest spot on Criminal Minds — but it’s not his first TV rodeo. 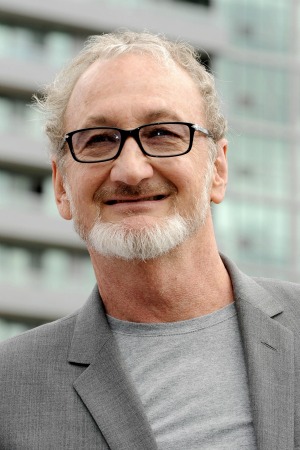 Robert Englund played perhaps one of the most brilliantly creepy villains (Freddy Krueger) on the planet, but how will he fare on Criminal Minds?

The former scare-master of A Nightmare on Elm Street will appear on an upcoming episode of CBS’ crime drama, Criminal Minds.

According to a report from Entertainment Weekly, Robert Englund will play Detective Gassner.

Detective Gassner will be instrumental in helping the BAU with a case that involves murders of a ritualistic nature.

This isn’t the first time Robert Englund has dabbled in TV. He’s also appeared on Hawaii Five-0, Chuck and Bones.

Here’s some other fun Criminal Minds news for Buffy fans…

Buffy the Vampire Slayer alum, Juliet Landau, will play the ghost of a former actress who had a psychotic breakdown in her younger years. Now that’s scary.

Englund and Landau aren’t the only familiar faces showing up on Criminal Minds. Former Veronica Mars star, Kyle Gallner, and Californication‘s, Madeleine Martin, will also pop up on Englund’s episode.

Community gets a return date >>

The episode will be directed by series star Matthew Gray Gubler. It’s his third time directing for Criminal Minds.

Robert Englund’s episode is said to air in the spring. That’s not that long of a wait — you can handle that, right?

Hit up our comments section and sound off! Give us your favorite memories from the famous Freddy franchise — unless it creeps you out too much. Go on, we dare you — put them in writing.

Does Robert Englund still scare you?