A new Los Angeles Times study has revealed some telling details about the voters who cast the ballots that determine Hollywood’s best in cinema. 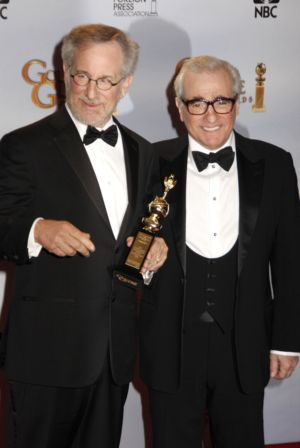 This just in: Oscar voters are old, White and male.

The 84th Academy Awards is scheduled to honor the year’s best in cinema on Sunday night and a new Los Angeles Times study is shedding new light on the actual demographics of the voters.

Apparently, the overwhelming majority of the folks casting ballots have penises and are old enough to remember when Howdy Doody and The Honeymooners still ruled the airwaves.

There are 5,765 members of the Academy of Motion Picture Arts and Sciences, the group responsible for handing out Hollywood’s highest accolade: The Academy Award.

Now here are the deets: Of the stars who make up the elite group, 94 percent are Caucasian, 77 percent are male and only 14 percent are under the age of 50, according to The Times. The median age of an academy voter is 62. A mere two percent of Academy voters are African-American — and even less than that are of Hispanic descent.

(Keep in mind that the Los Angeles Times study based its figures on 5,100 of the members, a sample size of 89 percent of the Academy.)

There’s often a preference given to little watched, but critically-acclaimed Oscar contenders, with big budget, blockbuster films rarely making the cut. (Silent film The Artist is a favorite to win the Best Picture gong at this weekend’s awards.)

Critics argue that the “White and old” voter bias skews the films chosen. Opponents, however, feel that the issue of diversity within the Academy reflects similar problems within Hollywood itself.

“We need to do a better job. We start off with one hand tied behind our back… If the industry as a whole is not doing a great job in opening up its ranks, it’s very hard for us to diversify our membership,” says Robinson, who is Governor of the Academy of Motion Picture Arts and Sciences.

Oh — and while we’re on the subject, this year’s Academy Awards will be hosted by Billy Crystal… a 63-year-old White guy.

Tom Sherak, the Academy’s president, says the group is working to diversify its membership. Not a moment too soon for Harry Potter’s leading man, actor Daniel Radcliffe.

DanRad has joined the chorus of fans who think it’s downright unjust that the series finale, Harry Potter and the Deathly Hallows: Part II, was largely snubbed in this year’s Oscar nominations. Last summer’s cinema blockbuster only managed to nab hat-tips for Art Direction, Makeup and Visual Effects.

“I don’t think the Oscars like commercial films or kids’ films, unless they’re directed by Martin Scorsese. I was watching Hugo the other day and going, ‘Why is this nominated and we’re not?’ I was slightly miffed,” Radcliffe told Radio Times this month.

“There’s a certain amount of snobbery. It’s kind of disheartening. I never thought I’d care. But it would’ve been nice to have some recognition, just for the hours put in,” he added.