If we’ve learned anything from Glee‘s finales, it’s everything surely changes. Tuesday’s winter finale was no exception to the Glee rule. In fact, it was quite emotional. 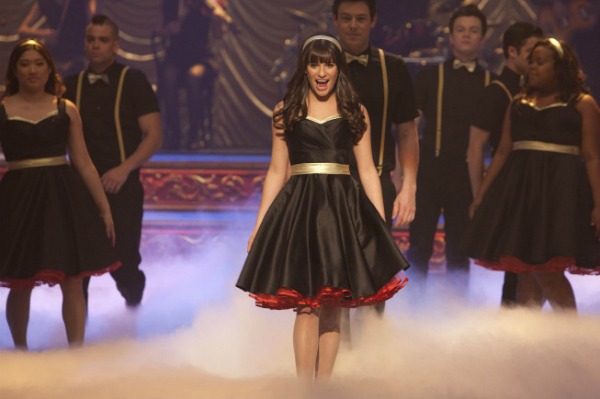 While the big event of Glee‘s winter finale, “On My Way,” centered around the face-off between the Warblers and the New Directions at regionals — it was the significant changes that carried the most weight in the episode.

With game-changing moments hitting Glee fans to the core on the winter finale, here’s your survival guide to what you need to know about “On My Way.”

When David Karofsky returned in last week’s episode and professed his feelings to Kurt, we knew there was something big on the horizon. What we didn’t expect, was that he would try to take his own life, setting off a chain reaction of feelings and emotions in every character.

Quinn felt it was selfish, Kurt felt guilt and others didn’t know what to think.

What everyone did agree with was that regionals was to be a tribute and celebration of Karofsky. Talk about a hot mash-up — “Fly” and “I Believe I Can Fly” was hot! So hot, it won the New Directions regionals.

Karofsky and Kurt got the chance to have a heart to heart in the hospital in a beautiful moment where nothing was sugarcoated and Kurt helped him look to the future.

Amber Riley nails “I Will Always Love You” >>

Meet me at the altar

Rachel and Finn took a “life is short” approach in dealing with Karofsky’s suicide attempt — they planned to marry immediately after the regionals competition at City Hall.

Both sets of parents were not happy, but this wedding was going down!

With everyone gathered at City Hall, Rachel tried to stall a few seconds as Quinn was running late. While texting Rachel and driving, Quinn was in an accident!

Wow, we have no idea if Finn and Rachel say “I do” before finding out Quinn was in accident or if Quinn is okay.

Oh, and Sue Sylvester is pregnant!

If that isn’t incentive enough to tune in when Glee returns in April, we don’t know what is.

What did you think of Glee’s winter finale?