Bobby Brown is planning a tell-all book about his ex-wife Whitney Houston. Is the diva already spinning in her grave? 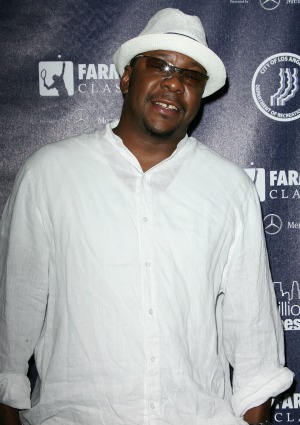 Bobby Brown is keeping it classy. After walking out of Whitney Houston’s funeral, the infamous ex is planning a tell-all book exploiting his dead wife and their marriage.

And get this — it isn’t the first time he’s tried to pull this stunt. This time, though, public interest — and big money — is on his side.

“Back in 2008, the interest in a book on Whitney Houston wasn’t that great,” a nameless major publisher told the Huffington Post. “Whitney had fallen off the radar back then… but now, following her tragic death, the market has changed. Now is the time for a book that details an honest look into the life of Whitney.”

Another factor blocking the 2008 book? A confidentiality agreement Brown signed after the couple’s divorce that might be null and void now that Houston is dead.

One thing is for sure: Bobby Brown is hard up for cash.

“This is a man who left his ex-wife’s funeral because he didn’t like his seats and went to a paying gig that night,” a friend of Houston told HuffPo. “He didn’t get on stage that night because he needed to sing his greatest hits or because Whitney would have wanted him to entertain his fans, he did it to get a paycheck — the same reason he now wants to write a tell-all book.”

Tell us: Will you read Bobby Brown’s tell-all about Whitney Houston?