Get out your big red pens and mark your calendars. The creator of Community has released the return date for fan favorite Community. Keep reading if you want the deets! 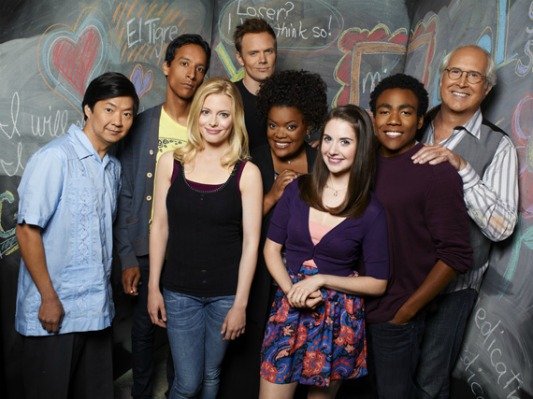 Ask and you shall receive. Community is returning to NBC’s Thursday lineup on March 15 for a season three you won’t want to miss.

The comedy’s return is going to be a welcome one for fans alike, but here’s the hitch…

Community will return to its 8 p.m. (EST.) time slot — against CBS’ The Big Bang Theory.

The Big Bang Theory has been playing to decent ratings lately and could present a problem for the little TV show that could — but we’ll have to watch and see.

Parks and Recreation will return on April 19 when Up All Night finishes up its 24-episode run.

As if Thursdays weren’t enough to laugh about on NBC, there’s a host of new comedy shows coming to Wednesdays.

Bent will debut on March 21, while Betty White’s Off Their Rockers and Best Friends Forever premieres on April 4.

Who doesn’t want to see the spunky Betty White in a hidden-camera show? It might actually be better than the revamped Punk’d on MTV!

Head over to our comments section and sound off over the return of Community. We know you have an opinion, so why not use it?

Are you ready to get your laugh on?