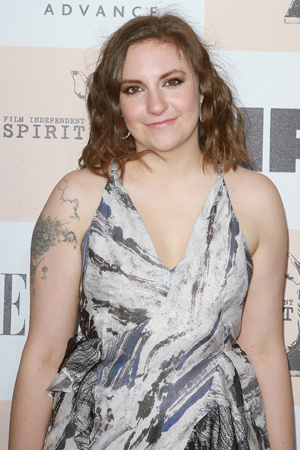 Female twentysomethings regard HBO shows as both a solid source of entertainment as well as a lifestyle guide for their demographic. How will fans of Sex and the City and Entourage react when the cable channel premieres their new series, Girls?

Sure, it’s another television show that captures the lives of twentysomething women in New York City, but it’s not your usual glamorous portrayal of the lifestyle that is usually idolized on the silver screen. Lena Dunham — creator, writer, director and lead actress of the HBO series — explained that Girls reflects the other side of New York life, one where Dunham’s character, Hannah, is financially cut off by her parents, mistreated by her boyfriend and absolutely discouraged about what to do with the rest of her life.

“I knew that there was a connection because it’s women in New York, but it really felt like it was tackling a different subject matter,” Dunham says. “Gossip Girl was teens duking it out on the Upper East Side and Sex and the City was women who figured out work and friends and now want to nail family life. There was this whole in-between space that hadn’t really been addressed.”

The series boasts Bridesmaids’ Judd Apatow as executive producer, who makes a return to television after the short-lived but critically acclaimed shows, Freaks and Geeks and Undeclared. And in today’s newly released trailer, main character Hannah is saying the phrases we’ve each lived by at some point in our lives. “My entire life has been one ridiculous mistake after another,” she says. Sounds hilarious and rings true, simultaneously.

Girls premieres on Sunday, April 15 on HBO. Watch the trailer below!

What do you think of the upcoming Girls series? Tell us in the comments below!