Emma Watson’s childhood was utterly surreal — but now the actress says she revels in the normal parts of life. What chores are her faves? 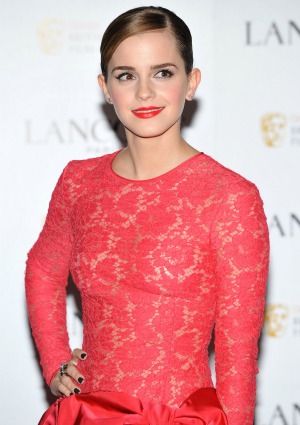 She’s worth a reported $67 million, but there’s nothing Emma Watson loves more than doing her own chores.

The Harry Potter star said that learning how to do everyday things like a normal person has kept her sane through the craziness of her childhood and teens.

“Doing the Potters was such a bubble and then having to figure out how to function in the real world has been a challenge,” Watson told the Independent.

“But it’s been the small successes for me. I know how to use a washing machine. I can cook. It’s worth it for me not to feel disconnected from everything, feeling like I’m in touch with people who do other things than acting or being in the entertainment industry.”

“I think humor has been a help. I have school friends, a group of people around me, who have carried me through this whole experience and aren’t fazed if I ask, ‘Oh what are you doing tomorrow?’ and I say, ‘I’m going up to see Mario Testino in Notting Hill, he’s shooting me for the new Lancome campaign,” she explained.

“I don’t know — it is mad, and some days I feel a bit mad, but it’s the balance that keeps me sane.”

Watson is in her final year at Oxford University after transferring from Brown.

Personally, with $67 million we’d hire someone to do the dishes and search for another avenue toward normalcy!

Emma Watson dumped for being too famous
Emma Watson & Claudia Schiffer in Harper’s Bazaar: Fabulous at every age
Emma Watson’s brother is hot!