Charlie Sheen has had a change of heart: The warlock said he’s sorry for saying that Ashton Kutcher sucks. Do you believe him? 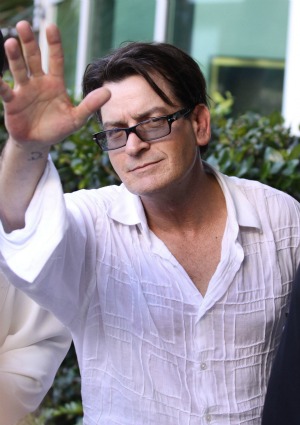 Charlie Sheen is having an attack of conscience. After telling the world that Ashton Kutcher is a crappy actor who sucks in his role on Sheen’s old show Two and a Half Men, the ultimate warlock has changed his tune.

My bad. I was disrespectful to a man doing his best. I got excited and I threw you into the crossfire, but the rest of my statement I stand behind. You however, deserve better.

Safety in your travels good sir.

In case you missed it, Sheen’s little temper tantrum was brought on by Warner Bros. sending him a cease-and-desist order over a Two and a Half Men promo image he used during a television conference for his upcoming sitcom Anger Management.

“I’m tired of pretending like they’re not completely adrift,” he added. “Because when you take away the anchor from your show, which they stupidly did, you go adrift. And these guys are approaching like salvage vessel.”

Kutcher has not commented one way or the other about whether or not he actually does suck. We’re pretty sure we know Demi Moore‘s opinion on the matter.

Charlie Sheen and Denise Richards are like “brother and sister”