Adam Lambert and Queen are joining forces this summer for a concert in the U.K. Get all the details on this sure-to-be-epic collaboration! 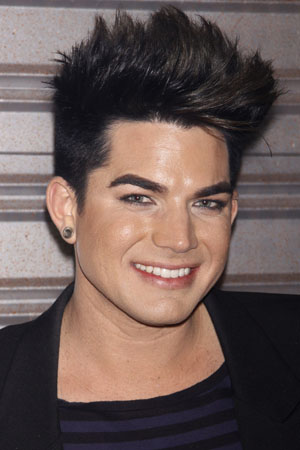 He tried to deny it, but now the secret is out: Adam Lambert will join the iconic band Queen for a date this summer. The American Idol runner up will channel his best Freddie Mercury on July 7 during the second day of the rock festival Sonisphere 2012 at Knebworth Park north of London.

“As many suspected, I can finally confirm: I have been invited by Queen to sing one very special concert! Sonisphere at Knebworth July 7th!” Lambert tweeted on Monday. “Sorry to be coy about the details the past few weeks, but I made a promise to keep it under wraps as best I could. Gonna be a surreal night!”

Whispers of a Queen/Lambert collaboration emerged a few weeks ago, but the 29-year-old singer denied it at the time.

“Oooh them clever reporters takin my quotes out of context. I haven’t confirmed any guest appearances. I was talking about the EMAs,” he tweeted in early February.

Turns out he just wasn’t ready to announce it yet. Queen members Brian May and Roger Taylor confirmed the collaboration Tuesday. It’s a match made in musical heaven — Lambert performed several Queen songs during his stint on American Idol, including “We Are the Champions.”

Adam Lambert is no Chris Brown, he says >>

“It’s great, they are the coolest guys, they are so down-to-earth,” Lambert told The Associated Press recently. “They are very sweet and just to be up there doing this music is such an honor. Freddie Mercury was a hero to me and his voice, his song writing and being gay, the whole package is amazing.”

“I in no way am trying to copy or mimic or replace Freddie or do what he did, that would be insulting to his memory and to the fans that hold him in such high regard,” Lambert added. “I just am paying tribute. I am excited to sing the songs that he wrote and to try to give them some sort of flair that he would appreciate.”

What do you think of Adam Lambert joining Queen?