Sean “Diddy” Combs, Magic Johnson and Robert Rodriguez have all joined Comcast Cable. It’s been confirmed that they’ll each launch their own networks, which will cater to three distinct audiences. If that’s not a triple threat, we don’t know what is! 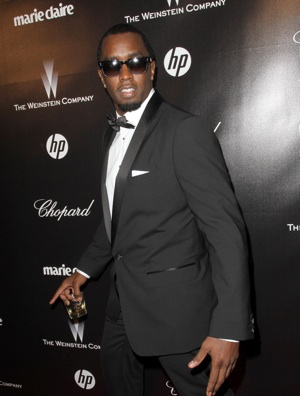 What happens when three superstars join forces with the nation’s largest cable provider? TV magic! Magic Johnson to be exact.

The former NBA player and entrepreneur has teamed with Comcast to produce his own network. And he’s not the only one!

Johnson’s Aspire channel will deliver “enlightening, entertaining and positive programming to African-Americans families.” It will feature a wide range of programming that includes movies, music and faith-based series.

In a statement Johnson said, “Aspire will be a network that encourages and challenges African-Americans to reach for their dreams and will appeal to all generations.”

According to Combs, Revolt “is the first channel created entirely from the ground up in this new era of social media. We’re building this platform for artists to reach an extraordinary number of people in a completely different way. Revolt will be live, like all great moments in television history.”

Movie director Robert Rodriguez’s El Rey, will be an English-language entertainment network aimed at Latino audiences. It will have a mix of music, movies, animation and sports programming.

“This partnership with Comcast signals an important moment for the Latino community in this country — we are passionate about creating a wildly entertaining destination that we can be proud of by appealing to both Latino and mass market audiences.”

What do you think? Will you be tuning in?