Ben Flajnik traveled to the girls’ hometowns with one mission in mind: To meet the parents! Kacie B. was left in tears while Courtney took things to the extreme — we’re talking wedding extreme. Keep reading to see what went down on The Bachelor. 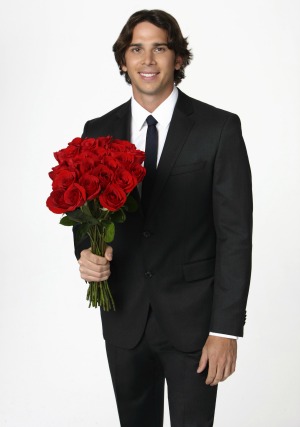 One man, four women and a big decision on The Bachelor — Courtney’s over-the-top admission of love didn’t leave Ben much of a choice.

He had to get rid of one of our favorites — poor Kacie B.

Surprise, surprise — Courtney managed to steal the spotlight without the other girls even being near her.

How does she manage to do that?

The hometown dates usually feature cautious parents and this season was no exception.

Kacie’s dad was probably the most vocal about the duo taking the time to get to know one another, which left Kacie frustrated.

Lindzi’s date was the most normal, which leads us to believe she’s the most logical choice for Ben to get down on one knee for. Why wouldn’t he want to marry a sane girl with a decent family?

Courtney and Nicki took the biggest risks. While Nicki opened up with the “L” word, Courtney beat her in the pizzazz department.

She took Ben to a spot where she envisioned her wedding and put on a mock ceremony. She made him write vows and had a “minister” perform the ceremony.

It was all kind of creepy until she got emotional and made it all about saying she loved Ben for the first time. For a moment we were actually rooting for her — until we remembered she played a man-eater for most of the season.

With a mock wedding from Courtney, the “L” word from Nicki and a normal family setting from Lindzi, Kacie B. never stood a chance.

We couldn’t help but feel for Kacie as she rode away in the limo muttering, “What the f*** happened?”

We loved you, girl! Does that help?

Did you ever expect Courtney, Nicki and Lindzi would be the final three to vie for Ben Flajnik?

Head over to our comments and sound off…

Who’s your favorite of The Bachelor final three?