Paris Hilton had a pretty lucrative weekend in Las Vegas. Get ready to feel really, really poor when you find out how much she won playing blackjack. 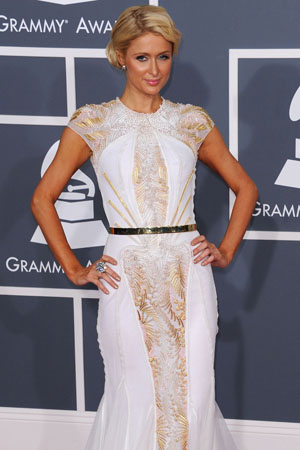 Feeling broke? How’s this for unfair: Millionaire reality star Paris Hilton won $30,000 in Las Vegas over the weekend, she reported on Twitter:

The socialite was in Sin City to celebrate her 31st birthday with her parents and sister, Nicky Hilton, and her suspected boyfriend, DJ Afrojack. They also spent the night partying in XS Nightclub to celebrate her birthday and win.

The $30K windfall is a drop in the bucket for the rich Hilton. She was born as an heir to the Hilton Hotel fortune and her various projects over the years — including several perfumes — have earned her millions.

“My fragrances are doing really well at the moment. They’ve produced more than $1.3 billion in revenue since 2005,” she told FHM magazine in January.

Nicole Richie‘s former BFF, however, told Piers Morgan in 2011 that she doesn’t like to talk about money for fear of sounding “obnoxious.”

“I have 17 different product lines… I do everything. I just launched my 11th fragrance,” she told the host. “I do know (how much I sell) but I don’t like to discuss money. It’s something my mum always taught me. It just sounds obnoxious when people do that.”

She caved when the British talk show host persisted, asking her if her reported $10 million-a-year income is accurate.

“Yes (that’s true). I do very well for myself. I feel really proud of what I’ve accomplished,” she said.

So, what is Hilton doing this week with $30,000 in pocket change burning a hole in her pocket?

“Just landed in Shanghai. I love China! #Shanghai is such a cool city! Loves it! :),” she tweeted on Monday.