Guess who’s coming to Salem? Charles Shaughnessy! Or should we say, Shane Donovan? This spring, the veteran actor reprises his role as the ISA agent and overall man of mystery. 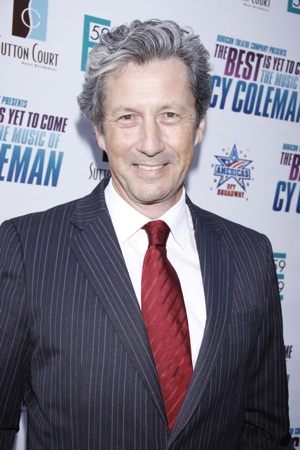 Brace yourself: A former Salemite is coming to town. Daytime veteran and primetime star Charles Shaughnessy is heading to Days of Our Lives. The actor reprises the role of Shane Donovan on the NBC soap.

Shaughnessy previously appeared on Days of Our Lives in 1984 and stayed on until 1992. Over the past decade, he returned for short guest stints in 2002 and 2010.

Donovan’s best known for being an ISA agent and Kimberly Brady’s ex-husband. He’s also the father of three children: Eve (famously played by Charlotte Ross) and Andrew and Jeannie Donovan.

According to The Hollywood Reporter, Donovan is returning to Salem on an ISA investigation. Shaughnessy’s first air date is scheduled for May 2.

Rumors suggest that Donovan’s return might be related to several characters, including John Black (Drake Hogestyn) and the mysterious Ian McAllister (Ian Buchanan).

Days of Our Lives has spent the past six months revamping its roster. Last fall, a new writing team took over and began tapping into the show’s history. Several core characters have returned, including Jack (Matthew Ashford), Austin (Patrick Muldoon) and Carrie (Christie Clark). This spring, Lisa Rinna reprises her role as Billie Reed and joins onscreen brothers Austin and Lucas (Bryan Dattilo).

After leaving Days, Shaughnessy made a successful leap to primetime in 1993 with The Nanny. The sitcom was extremely popular and went on for six seasons. Since its cancellation in 1999, Shaughnessy has stayed busy. Most recently, he appeared on Mad Men and the web soap, The Bay.