Judi Dench says all these rumors about her going blind are totally overblown, despite her own interview in which she said she’s losing her vision. 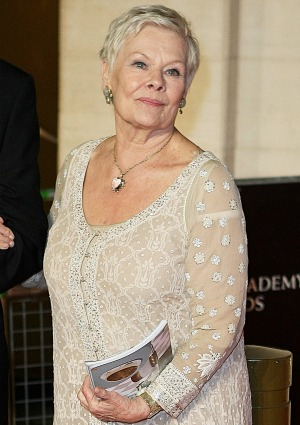 Lest you think Dame Judi Dench is on the verge of walking around with a cane and a seeing-eye dog, never fear: Despite how she herself made it sound, she is not about to go blind.

Dench, who suffers from macular degeneration, gave an interview to the Daily Mirror in which she said the disease makes it impossible for her to read a script or even sometimes to see her dining partners.

What is Judi Dench’s one regret? >>

“The most distressing thing is in a restaurant in the evening: I can’t see the person I’m having dinner with,” the James Bond actress said. “I know there might be something going on, but sometimes I can’t see it and that infuriates me, as I think I’m really missing out on something.”

Now, she says that the whole thing has been totally blown out of proportion.

“In response to the numerous articles in the media concerning my eye condition — macular degeneration — I do not wish for this to be overblown,” she told Reuters. “This condition is something that thousands and thousands of people all over the world are having to contend with. It’s something that I have learnt to cope with and adapt to — and it will not lead to blindness.”

That’s great news for her — and good news for us, too. Dench had previously said that the condition would not force her into retirement, and she has already confirmed she will be joining Daniel Craig in the next James Bond film, Skyfall.