Elizabeth Smart managed to outsmart the media and married her fiance, Matthew Gilmour, in a private ceremony over the weekend. Find out how she planned for her nuptials in just a few days. 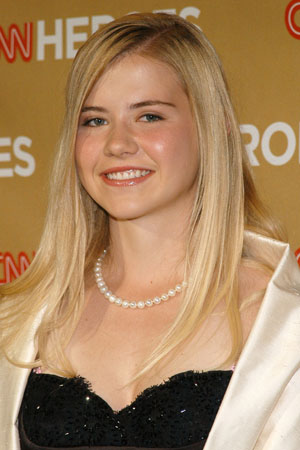 Kidnapping survivor Elizabeth Smart managed to outsmart everyone and marry her husband, Matthew Gilmour, over the weekend in Hawaii. She outsmarted nearly everyone, that is: People will publish exclusive photos from the intimate ceremony later this week.

Despite the new date, Smart told People that she figured everything out in record time.

“It’s everything you can imagine with planning a wedding,” she told the magazine. “Only, it’s compressed into a few days.”

The activist spoke in North Carolina about child advocacy late last week and then boarded a plane with her parents, Ed and Lois Smart, to head to the island state to marry her 22-year-old mate of one year.

Smart and Gilmour decided to move their wedding date from April 7 after media scrutinized her wedding registries to find out the identity of her fiance.

“Elizabeth’s desire was for what most women want: to celebrate her nuptials in a private wedding with family and close friends,” Smart’s rep said in a statement. “After the story broke about her engagement and the media became increasingly invasive, Elizabeth recognized it was going to be impossible to have a traditional wedding devoid of distractions and unusual challenges outside of her control. She decided, about a week ago, the best way to avoid significant distraction was to change her wedding plans and to get married in an unscheduled ceremony outside of Utah.”

The 24-year-old BYU graduate gained national attention when she was kidnapped from her bedroom in 2002 and held captive by “street prophets” Brian David Mitchell and his wife, Wanda Eileen Barzee. She was rescued nine months later, and Mitchell was sentenced to life in prison in 2010.