Will Ferrell took on a new role this weekend in New Orleans: Mardi Gras King. Find out how he did in his prominent new role. 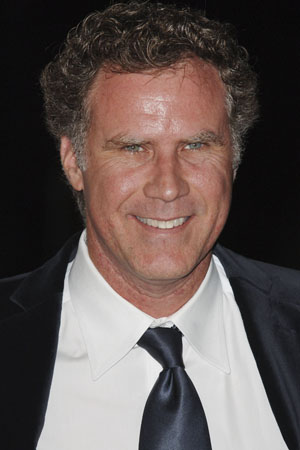 What does Will Ferrell have in common with Bob Hope, Jackie Gleason, Charlton Heston, Nicolas Cage and Drew Brees? They’ve all taken the reigns as Kings of Mardi Gras.

The comedian headed up the annual Mardi Gras parade in New Orleans Sunday afternoon as King Bacchus, Roman God of Wine. Ferrell’s been in the city since October filming the political comedy The Campaign with Zach Galifianakis. The comedian is channeling his typical idiot character for the film as the dim-witted Cam Brady fighting against another imbecile (Galifianakis) for a seat in Congress.

He might be confident on screen, but the actor told the New Orleans Times-Picayune that he was a bit worried about what his new role would entail.

“I don’t know what to expect. I do have to say, everybody is coming up to me and… they have the same speech pattern. They go, ‘Have you been here before for Mardi Gras?’ And I say, ‘No.’ Then they pause. ‘Oh. You’re going to have a good time,'” he said. “It’s slightly ominous, almost like it’s going to be fraternity hazing or something. But I don’t know what to expect. I’m not going to try to predict [what happens], and I think it’s going to be crazy and fun.”

Galifianakis was also in the parade, right behind Ferrell.

“I’m riding behind Will’s float,” Galifianakis told the newspaper. “Literally on his coattails.”

Ferrell ended up having a grand ol’ time during the parade, probably because people were begging him for beads.

No word if they screamed that or, ahem, showed some appendages for beads. Knowing New Orleans, it’s probably the latter.