Bethenny Frankel is a happy mom to nearly 2-year-old Bryn; however, she revealed a sad secret on the Today Show Monday: She had a miscarriage.

Bethenny Frankel is used to living her life as an open book. The Bethenny Ever After star kept one thing a secret until now, though: She suffered a miscarriage. 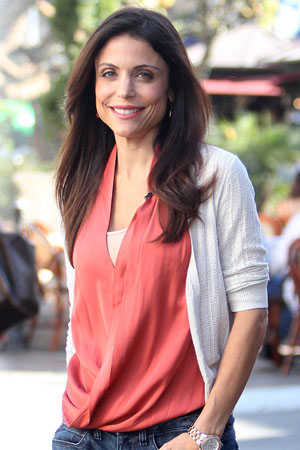 The reality star stopped by the Today Show on Monday to talk about the upcoming season of her Bravo show when host Savannah Guthrie asked her whether she’s planning to have more kids with husband Jason Hoppy.

“It’s a very personal question,” Frankel told the host. “We were pregnant with a second baby, and at eight weeks, I miscarried.”

The experience made her feel sympathy for women who suffer from fertility problems, she said. Whether or not they’ll try for another child is questionable, though.

The couple has had their ups and downs since their 2009 wedding, some of which will be shown on the upcoming season of Bethenny Ever After. Things seem to be getting better, though: Hoppy even revamped her engagement ring in honor of his 41st birthday in November.

“Jason gave it to me on my birthday trip to Mexico as an early anniversary present,” the chef said on the show. The ring now features a teardrop-shaped rock — something Frankel wanted but couldn’t afford when they got engaged.

“When we got engaged, my jeweler, Kristen Farrell, found us a great deal on an engagement ring that someone was selling,” she told US Weekly. “We had wanted a certain setting but couldn’t afford it, so we waited until we could design our ring the way we wanted.”