Adele’s father has taken his grief over their tenuous relationship exactly where she said he shouldn’t: To the press. See what her estranged dad had to say about her comments in Vogue. 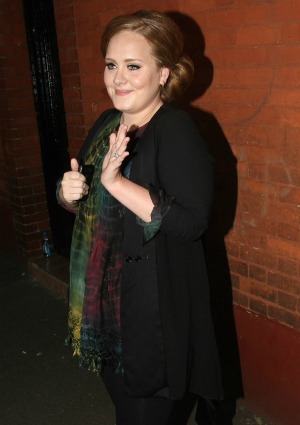 Adele has made it pretty clear that she doesn’t want a relationship with her father, and the fact that he talks to the press about her is enraging. So what does he do? Tell the press how sad he is about that.

Instead of picking up the phone to try to make amends with his daughter directly, Adele’s father Mark Evans went to the Daily Mail to tell his sob story, admitting to becoming an alcoholic after the death of his own father and ignoring his parental responsibilities.

“I hit the booze,” Mark told the Daily Mail. “I got wrapped up in myself. I wasn’t there for her. The alcohol affected my relationship with Adele. I regret it, and I always will.

“I was deeply ashamed of what I’d become. The kindest thing I could do for Adele was to make sure she never saw me in that state.”

The singer doesn’t care what his excuse is. She told Vogue she wants nothing to do with the guy.

“If I ever see him, I will spit in his face,” she told the magazine. “He will never hear from me again.”

Dear ol’ dad said he was shocked by her venom.

“I can’t believe she said that. It’s devastating. I don’t know where it’s come from,” he said, claiming that the last time he spoke with her — at Christmas — all was well.

“I called to tell her I was thinking of her, but it was a very brief call. She was very busy, but everything seemed OK between us,” he said.

Evans doesn’t own either of Adele’s albums, nor has he seen her perform live.

“When she sings, it’s so beautiful,” he said, “but it brings back too many memories. It’s too painful. There’s so much regret on my part — regret that I wasn’t a better father to her. I let her down badly, and I wish I could turn the clock back and do things differently.”

54 mins ago
by Alicia Kort