America’s Got Talent host Nick Cannon has stepped down from his daily morning radio show after being briefly hospitalized with blood clots in his lungs. Cannon was also treated for kidney stones earlier this year. 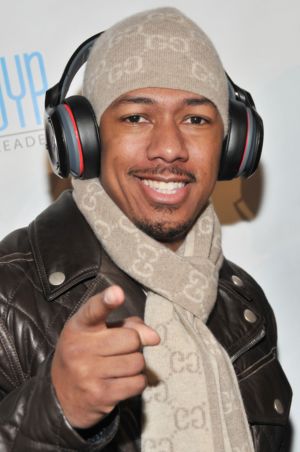 New York City is no longer “Rollin’ with Nick Cannon.”

Radio/TV personality Nick Cannon has stepped down from his daily on-air duties at Big Apple FM station 92.3 NOW. Nick says he’s hanging up his microphone at the urging of doctors, who worry that the husband and father is overexerting himself, setting off numerous health troubles.

In January 2009, the host of NBC’s America’s Got Talent (AGT) made his foray into radio with the debut of “Rollin’ with Nick Cannon,” a morning drive show on the CBS Radio-owned Top 40 station. The popular program — which sometimes featured call-ins from the host’s songbird wife, Mariah Carey — featured a mix of pop tunes, celebrity interviews and discussions about pop culture and lifestyle.

Cannon sent out a final farewell to fans on Friday. In a statement on the station’s website, Nick wrote, “Under doctor’s orders, I have been asked to put my health first and cut back on some of my professional commitments in order to allow my body to get the rest that it needs to keep up with the demands of my multitasking schedule.”

He added, “It has been an absolute pleasure working with CBS Radio and the 92.3 NOW morning show team and I would like to thank them for their unwavering support.”

In January, Carey and Cannon revealed that the 31-year-old entertainer had been hospitalized for mild kidney failure during a holiday vacation to the Colorado Rockies. But the scare was just the beginning of Cannon’s health woes.

Last week, Cannon was again admitted to the hospital after doctors discovered two blood clots in his lung and an enlarged ventricle on the right side of his heart. A hectic work schedule caused his body to shut down, Nick told 92.3 FM listeners.

“It was quite serious. I was trying to downplay it a lot, even in my own mind. I travel a lot. Anyone who flies a lot can be a victim to getting blood clots because it can start in your legs or your lower back. That, on top of my previous condition, made me more prone to [getting blood clots].”

Doctors have cautioned that Cannon’s health will continue to decline if he doesn’t relinquish some of his work responsibilities, hence Friday’s resignation.

“My doctor was saying that my work is going to kill me — and he’s not joking. I think part of the reason why my health did kind of deteriorate was because I wasn’t resting a lot and I was doing too much. I was overworking myself, working out too much. … Even Superman has to sleep.”

Cannon, however, will continue to work on his nationally syndicated weekend radio show, “Cannon’s Countdown.” The star is also expected to continue on as the host of AGT, which returns to the tube this summer with new judge Howard Stern.