The Interwebs are atwitter with whispers that family members are encouraging Bobbi Kristina Brown — Whitney Houston’s 18-year-old daughter with bad-boy ex Bobby Brown — to check into an in-patient rehab facility. 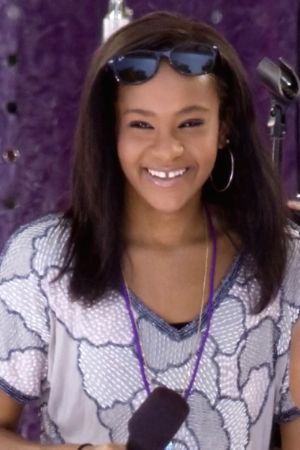 Is rehab the next step for Bobbi Kristina Brown?

Whitney Houston was laid to rest in her native Newark, New Jersey, over the weekend. The star-studded memorial, packed with Hollywood heavyweights like Kevin Costner, Alicia Keys, R. Kelly and Stevie Wonder, served as a remembrance of and a tribute to the late superstar singer, who burst onto the scene with her 1985 self-titled debut album.

Houston struggled with substance abuse for more than a decade before attempting a career comeback in 2009. She reportedly died of a combination of prescription drugs and alcohol.

Now the star’s grieving kin have turned their attention to saving her daughter, Bobbi Kristina, from a similar fate.

Those in the know tell TMZ that the Houston clan wants the trouble-prone teen — photographed smoking blunts and downing Four Lokos in viral snapshots — to seek help for her own addiction. The Houstons, headed up by Bobbi Kris’ gospel-singing grandma Cissy, have encouraged the young woman to enter an undisclosed in-patient facility for 60 days of detoxing.

It’s still unclear whether the teenager will go along with the move. But early Sunday, the day of Whitney’s burial, Bobbi Kristina took her Twitter page, writing, “‘Crack is whack’ The Words Of My Angel.”

The quote is a reference to Houston’s bizarre 2002 interview with ABC News personality Diane Sawyer. Angered by allegations that she was addicted to the powerful narcotic, the I Have Nothing songstress shot back.

In December 2010, publicists for ’80s R&B bad boy Bobby Brown and the late singing legend denied a tabloid report that claimed the former couple had staged an intervention for their out-of-control teenage daughter.

But Krissi, as the celebuteen is affectionately called by pals, was reportedly placed in an out-patient treatment program last May. The move came after spies at the National Enquirer got their hot little hands on incriminating snaps of the then-high school senior powdering her nose with cocaine.

The images were sold to the tabloid by a former boyfriend of Brown’s. The jilted ex claimed that Krissi, who turns 19 in March, has bedded more than 30 men and has been quietly battling an addiction to the anti-anxiety drug Xanax for years.

The grieving daughter, who tweets under the handle RealBKBrown, offered a rambling explanation for the Google-able pictures.

“…The person that did this was a result of a horrible relationship that went sour. I was in love_ he was in love with money. I’ve learned My lesson,” she wrote, in part.

Whitney Houston to daughter: ‘If I go to rehab, you’re going, too!’ >>

Brown briefly disappeared after her mother’s funeral in Newark on Saturday, but a Houston family spokesperson denies that drugs were involved.

“There was some confusion about Bobbi Kristina’s whereabouts last night for a short time, but she’s OK,” the rep told the Daily Beast on Sunday. “She needed some time alone.”

Bobbi Kris was briefly hospitalized for a nervous breakdown shortly after her mother was found dead in a fourth-floor suite of the Beverly Hilton Hotel on Feb. 11.