Debuting at number two due to Valentine’s Day love for The Vow, Safe House manages to beat out the competition for a top spot at the box office despite its second week status. 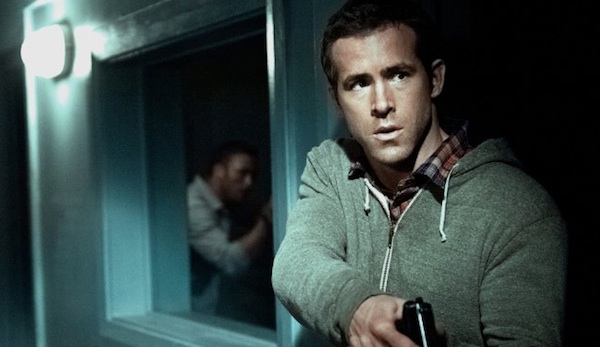 Denzel Washington and Ryan Reynolds co-star in Safe House, the action thriller that boasts more than a few twists and turns. Who’s the bad guy? You’ll have to see it to find out. Taking in an estimated $28.5 million over the President’s Day weekend, Safe House takes the number one spot at the box office, according to Variety.

Coming in a close second (in fact numbers were so tight, it was tough to make the call), The Vow, the emotional romantic drama starring Channing Tatum and Rachel McAdams earned an estimated $27.4 million. The film has already broken box office records. Grossing over $40 million its opening weekend has made this the-little-romantic-comedy-that-could a smash hit.

Opening weekend for Ghost Rider: Spirit of Vengeance, the second installment of the series starring Nicolas Cage was good, but could have been better. The movie about the man who sold his soul to the devil opened soft in third place with 26.5 million, according to Deadline Hollywood.

Coming in fourth with an estimated $25 million is beefy Dwayne Johnson’s Journey 2: The Mysterious Island. The family adventure flick is about lost treasure, great adventure and, of course, ginormous biceps. Women thank you, The Rock. Men we’re not so sure about.

Bringing in a steady $20.8 million on a post-Valentine’s Day weekend for possible date night fodder, This Means War takes home fifth place in the weekend box office race. Starring Reese Witherspoon, Chris Pine and Tom Hardy, the action romance about two CIA agents who fight over one girl is full of fun, especially with hilarious commentary by co-star Chelsea Handler.

Movie review: Hottie vs. hottie in This Means War >>

Star Wars 3D comes in seventh place with $10 million. Trailing Chronicle since the release, The Woman in Black pulls an estimated $8 million, giving it the eighth place in the lineup. And rounding out the top ten are The Secret World of Arrietty at ninth place with $8 million and The Grey at tenth with $3.7 million.

Movie review: Confessions of a tiny teen in The Secret World of Arrietty >>