Are you ready for spring vacation? Don’t forget to stock up on some of this season’s great audio books. This month’s suggestions include a heart-warming love story, a courtroom drama and an escape to the beach. We’re also celebrating St. Patrick’s Day with two audio books that feature the Emerald Isle. 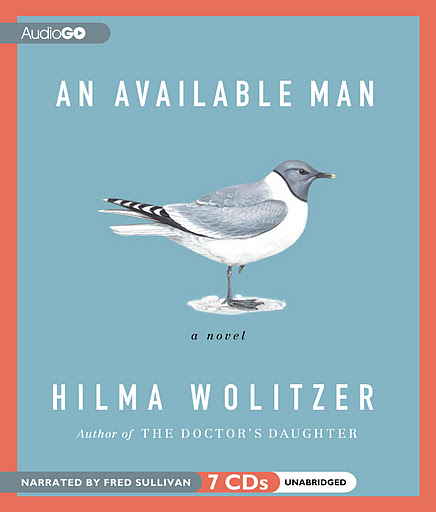 Life is uncertain enough when you’re on the brink of retirement, but for Edward Schuyler, the transition is extra-difficult because he is newly widowed and misses his wife. He’s a private man who wants to hold on to his familiar daily rhythms and is ill-prepared for the attention he receives now that he’s single: women want to marry him, friends and family want to set him up. Eventually, Edward returns to the dating scene, with sometimes funny and sometimes disappointing results. Hilma Wolitzer’s An Available Man is a brilliant and touching look at a man struggling with redefining his self-image and having the courage to give love a second chance. Narrator Fred Sullivan’s expressive reading draws listeners in and you’ll soon be rooting for Edward to find his perfect mate.

Andy Barber has a comfortable life, and despite his 20 years as an assistant district attorney, he’s forgotten that circumstances can change in a single moment. His moment comes when a young teen is found murdered in the community park of a quiet Massachusetts town. The repercussions of this crime crumble the foundations of Andy’s world, especially when his son, Jacob, becomes the prime suspect. William Landay’s Defending Jacob takes the genre of legal thriller out of the courtroom and into the family. How well do parents know their children? Can the Barbers ever see Jacob the way others do? How far will Andy go to protect his son? Narrator Grover Gardner’s masterful reading enhances the tone and emotional impact of this gripping, unpredictable and dramatic mystery. 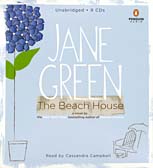 Nan Powell has a reputation in Nantucket for being eccentric, but that doesn’t bother the 65-year-old widow one bit. She’s just fine with her life, until she discovers her savings have taken a hit, thanks to a Wall Street downturn. Suddenly in need of money and unwilling to move to a smaller place, Nan decides to convert her home into a bed and breakfast. The summer guests, including Nan’s son, are each facing a personal crisis and hope Nantucket will be a place of refuge. Jane Green’s storytelling skills shine in The Beach House, and listeners will be caught up in the characters’ lives, hoping they find the happiness they’re searching for. Veteran narrator Cassandra Campbell captures the moods and personalities of this novel of friendship and love, forgiveness and salvation. 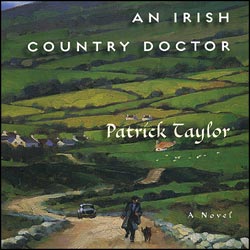 Barry Laverty, fresh out of medical school, is both excited and nervous as he drives through rural Northern Ireland to start work as the assistant to Dr. Fingal Flahertie O’Reilly in the village of Ballybucklebo. Patrick Taylor’s An Irish Country Doctor introduces listeners to a cast of quirky, charming characters as Barry settles into his new life. It may be the 1960s in Belfast, but the villagers seem to be a decade or two behind, and Barry has one heck of time translating classroom doctoring into the real thing. Under Fingal’s guidance, Barry develops the special skills required for becoming a trusted family doctor. Narrator John Keating’s Irish brogue adds atmosphere, and listeners quickly appreciate his characterizations and impeccable sense of timing. This is the first of six novels in Taylor’s series — you’ll want to listen to them all. 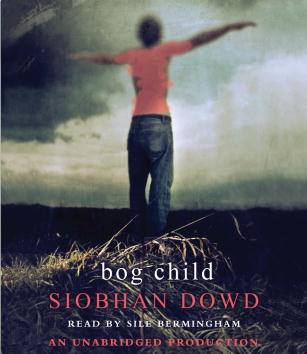 In 1981, all Fergus McCann wants, as he finishes high school, is to get a scholarship so he can leave Ireland to attend a university. Fate, however, threatens his plans. First, on a peat-cutting expedition with his uncle, Fergus discovers the body of a young girl who was murdered almost 2,000 years ago and soon takes an interest in the ensuing archaeological investigation. Second, Fergus’s older brother becomes involved with the IRA, and his activities have an impact on the whole family. Bog Child by Siobhan Dowd is a complex and moving story that easily travels between ancient times and the 20th century, showing how humans have not come very far along the road to peace and understanding. Narrator Sile Bermingham’s native Irish accent is a pleasure to listen to, and her vocalizations make it easy for your whole family to follow this story of young love and the importance of standing up for your beliefs and doing the right thing. Bog Child is the recipient of at least five awards, including the prestigious Carnegie Medal.

Audio book roundup for February
Adventures in e-reading: Worth the download
Must-read: The House I Loved by Tatiana de Rosnay