You can stop saving your lunch money for tickets to this year’s summer Glee tour. It’s not happening, Gleeks. 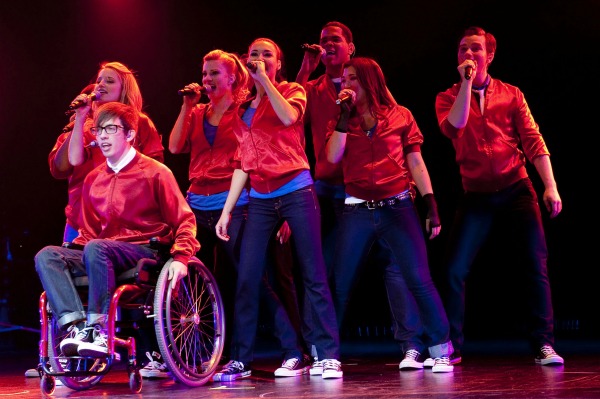 Give the kids a break, guys. With three seasons almost down, two successful past summer tours in the bag and personal endeavors to branch out with, the Glee cast needs a rest!

The Glee cast’s summer tour has become a tradition for fans to rock out with their favorite cast members, but this summer the cast won’t be hitting the road.

According to The Hollywood Reporter, the cast will take a much needed break for the summer, enjoying a two-and-a-half-month hiatus.

Yeah, we think we can simmer down about the news and let them have this victory — they deserve it, right?

Amber Riley sings “I Will Always Love You” >>

Here’s the good news: The word is, Glee producers will give fans a treat with a one-time benefit show at the Hollywood Bowl in the fall. No official word on if the benefit concert has been released yet, but we’ll definitely keep you updated on that!

Yes, it’s a bummer but this season has been juicy enough, and with the “revolutionary” season four in the works, we’ll let this summer tour news slide.

Glee‘s winter finale is going down Tuesday (Feb. 21) and promises to be one you don’t want to miss.

The group is heading to Regionals to take on the Warblers, plus Rachel’s wearing white in a few scenes and you know what that means!

Wait, will there be a wedding? Tune in to find out!

Head over to our comments section and sound off over the cancellation of the Glee summer tour!