Every Gleek knows the best part of any Glee season is when the students put on their big kid pants and head to Regionals! Are you ready for this season’s jaw-dropping competition? 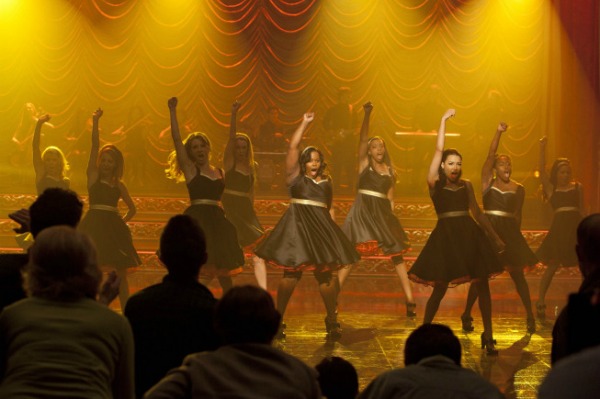 “Loser Like Me” was one of the coolest moments in last season’s Regionals competition and we can only pray to the Glee gods that fans get another moment like that from season three’s big showdown.

Glee‘s Regionals episode, “On My Way,” comes in the midst of a lot of teenage drama — and Sue’s quest for a baby.

Simply put, Fox describes “On My Way” as, “Things heat up as the New Directions go head-to-head with the Dalton Academy Warblers at Regionals.”

The Warblers have been a huge thorn in the New Directions side and, while things seem to have worked themselves out, we can only wonder if they’ll all play nice.

Then we’ve got Rachel and Finn’s engagement thrown into the mix and when they say it’s a winter finale not to be missed, we wonder — will there be a wedding or not? Those crazy kids!

Amber Riley sings “I Will Always Love You” >>

So far, season three has had some spectacular guest stars like Ricky Martin, Helen Mirren, NeNe Leakes and Jeff Goldblum, but there’s still more to come.

Does the name Gloria Estefan mean anything to you, fans? Oh, she’s still on deck to appear as Santana’s mom.

Adding Karofsky (Max Adler) back into the mix last week was another nice element, so we’ll keep our eye out for him too.

Head over to our comments section and tell us what you think will happen on Glee‘s winter finale, “On My Way.”

But before you do, check out this preview and get ready for Regionals, Gleeks!