Ashton Kutcher has one less fan today. Charlie Sheen says his cheerleading for his Two and a Half Men replacement was all an act and much like Demi Moore, he thinks Kutcher sucks. 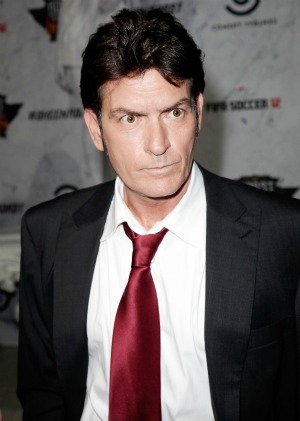 The warlock is back! After months of behaving himself and trying to play nice in the wake of his acrimonious separation from Two and a Half Men and Warner Bros., Charlie Sheen is telling us how he really feels about his replacement. Hint: It ain’t pretty.

In the fall, Sheen had made the rounds of late night talk shows and the Emmys talking about how happy he was Ashton Kutcher had the opportunity to take over for him in the sitcom and how great Demi Moore’s ex was — but Sheen said it was all talk.

“It’s nothing personal… I just feel bad for him. He’s saddled with such bad writing,” Sheen said, making sure to get in a dig toward writer/director Chuck Lorre.

Sheen might be alone in his opinion of Kutcher’s role, however. Since Sheen left and Kutcher took over, Two and a Half Men debuted to its highest ratings ever and is seeing more viewers than the last several seasons in which Sheen starred.

What set the warlock off after months of playing nice? Probably that cease and desist letter he got from Warner Bros. telling him to stop using Two and a Half Men promo pics to pitch his new show Anger Management. When he got that notice, he called his old haunt a “steaming pile of a**.”