Robert Pattinson says he’s aged out of the Twilight series. The actor, who plays Edward Cullen in the films, thinks he’s too old to continue the part. If Lionsgate/Summit Entertainment decides to produce more sequels Pattinson might take a rain check. 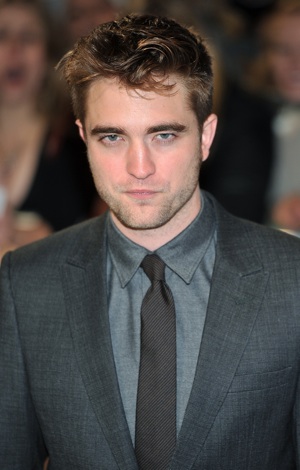 Robert Pattinson isn’t a vampire, and can’t play a teenager forever. The actor’s spent the past four years riding a wave of success fueled by The Twilight Saga, which comes to a dramatic close this fall.

While in Berlin, promoting his latest film Bel Ami, Pattinson told reporters that despite rumors, he’s not really interested in doing another Twilight.

“I’d be curious what Stephenie would write, but I just think I’d probably be too old. I’m already too old,” said Pattinson.

At the ripe age of 25, Pattinson feels that the Edward Cullen ship has sailed.

Logically, it would be hard for any of the vampire actors to maintain their youthful appearances. Makeup and CGI can only do so much.

The Twilight Saga is a $2.5 billion franchise, and its studio would love to keep it going. They estimate that Breaking Dawn Part 2, which opens Nov. 16, will gross around $700 million worldwide.

If Twilight author Stephenie Meyer decided to write another book, Lionsgate says they’d “be there to support her” with another film.

Since getting his big break, Pattinson has tried to diversify his acting portfolio. Aside from Twilight, he’s appeared in several smaller, character driven films to flex his acting muscle.

He worked opposite Pierce Brosnan in 2010’s Remember Me and Oscar-winners Reese Witherspoon and Christoph Waltz in last year’s Water for Elephants.

His latest film, Bel Ami, is a period piece that features a slew of talented actresses like Uma Thurman, Christina Ricci and Kristin Scott Thomas. The film opens in theaters March 2.

Do you think Twilight should continue? Would you watch without Pattinson?