American Idol continues to be a ratings draw. The show led Fox to a Thursday night victory thanks to its weak competition. With the exception of The Big Bang Theory, it seems like nothing can stop Idol‘s reign. 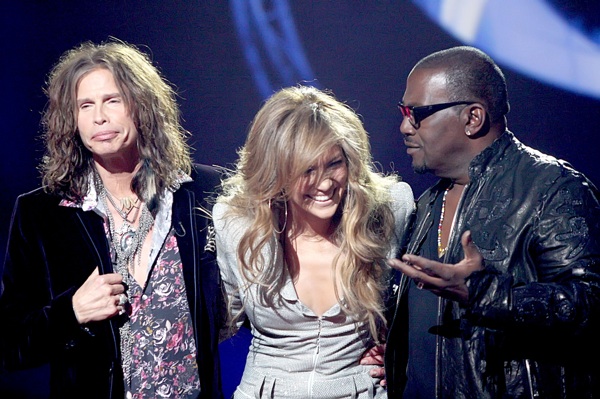 On Thursday night, the competition was soft. American Idol easily won the ratings race, while CBS’ The Big Bang Theory nipped at its heels. ABC banked on a highly-publicized crossover event between their dramas Grey’s Anatomy and Private Practice, while NBC stuck to its comedy fare.

So how did everyone do? Here’s the breakdown:

American Idol‘s two-hour telecast pulled in 16.5 million viewers, making it the highest-rated show of the night. But during the first half of the 8 o’clock block, The Big Bang Theory stole its crown. The comedy actually beat Idol in total viewers with 15.5 million compared to 15 million.

Despite that early hiccup, Fox still won the night, while CBS came in second and ABC third. The latter was a huge disappointment considering the hype surrounding the Grey’s Anatomy-Private Practice crossover. Out of the two dramas, one showed visible improvement, while the other floundered.

Grey’s tied a season low with 8.1 million viewers, down 23 percent from last week. Its spin-off Private Practice experienced a slight boost with 7.1 million viewers, which is up 18 percent. According to The Hollywood Reporter, it was the only Thursday program that showed a positive change.

NBC suffered another loss this week. The network came in fourth place with three comedies hitting series lows. Parks and Recreation pulled a mere 3.5 million viewers, The Office had 4.3 million and Up All Night had just 3 million. The veteran 30 Rock also experienced a 13 percent drop (from last week) with 3.6 million viewers.

Overall, Thursday wasn’t too kind to the major networks. Where was everybody?

What did you watch last night?