Khloe Kardashian reveals she never liked Kris Humphries, shedding light on all the animosity between her and Kim last year. 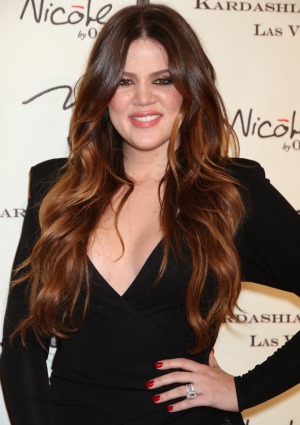 It’s never good news when everyone in your family hates your husband. If you watched even just ten minutes of Kourtney and Kim Take New York you’d see that the only person — including his own wife — who could stand to be around Kris Humphries was Kourtney’s baby daddy Scott Disick. And Khloe Kardashian was certainly no fan.

Now Kim’s sis has broken her silence about what went down between the two and why she obviously hated Humphries’ guts.

“The very first time I met him, he said, ‘No one gets married after 30 days: How much are longer are you gonna put up this charade for?'” Khloe revealed on Jimmy Kimmel Live Thursday night. “He just rubbed me the wrong way.”

Dude’s lucky Khloe didn’t knock him out. Interestingly, despite their blink-and-you’d-miss-it courtship, Khloe and Lamar Odom seem to have the happiest, healthiest relationship out of the entire Kardashian clan.

Of course, now that Kris and Kim are dunzo, after all the drama that went down between them, Khloe has quickly warmed up to Scott, who came out smelling like roses in comparison to Kris’ often snide manner with the fam.

Catch the season premiere of Khloe & Lamar Sunday at 10/9 Central on E!.