Will Madonna face a lawsuit over her latest single? A Brazilian pop singer says the chorus of Madge’s up tempo hit “Gimme All Your Luvin'” sounds suspiciously like the one featured in his 2011 single, “L.O.V.E. Banana.” 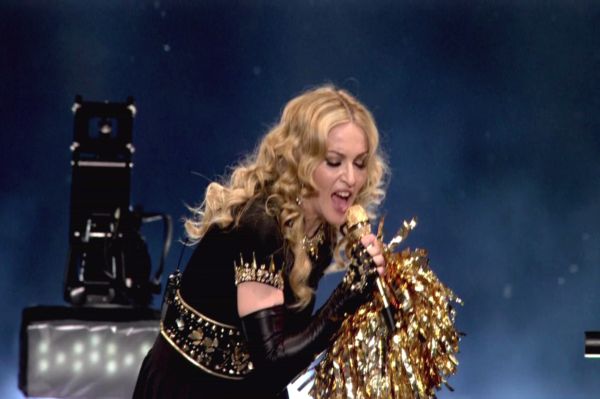 A Brazilian singer has accused the Material Mom of stealing from one of his songs and turning it into “Gimme All Your Luvin’,” the lead single from her upcoming 12th studio album, M.D.N.A.

João Brasil, a wannabe pop tart, charges Madonna with lifting the chorus of his 2011 song “L.O.V.E. Banana” for the singsongy cheer featured in her latest chart-topper.

Madge debuted the M.I.A./Nicki Minaj-assisted single during her critically-hailed performance at this month’s Super Bowl Halftime Show. The response has been resounding.

If you ask João, he deserves a great deal of the credit for Madge’s success.

“I still don’t understand what happened. I’m a huge fan of hers. If it’s plagiarism, then even better. She is always at the cutting edge of music, so it’s a good sign about what I do,” Brasil told local newspaper Folha de São Paulo this week.

His record label is considering suing over the alleged plagiarism.

“But personally I don’t want to do anything. The last thing I need in my life is a fight with Madonna.”

Listen to both songs (particularly the choruses) below and tell us what you think.

Turns out João isn’t the only person who has a mayjuh grip with Her Madgesty.

“This isn’t personally directed at Madonna as a person, this is a business decision,” Francis’ attorney said of the suit. “And now she’s aware that she stepped over the line. If Mr. Francis was producing a product called Material Girl and she had a copyright, I doubt she’d appreciate it.”

Fans are apparently giving Madonna all their luvin’. Pre-orders for M.D.N.A. reached number one in 50 countries last week. The disc has set the record for the largest one-day pre-order sales in iTunes history.