Just a month after being hospitalized for kidney failure, Nick Cannon had to hit the ward again — this time for blood clots. 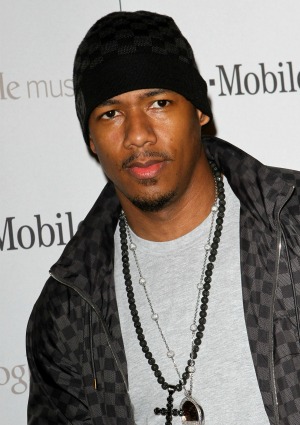 Nick Cannon totally almost died again. The husband of Mariah Carey was hospitalized over the weekend for blood clots, missing out on all the fun Grammy fireworks and Whitney Houston tributes.

Cannon explained on his radio show that he was diagnosed with blood clots in both lungs and an enlarged ventricle in his heart — kind of dire for this father of twin babies.

“I was trying to downplay it a lot, even in my own mind,” Cannon said. “I travel a lot. Anyone who flies a lot can be a victim to getting blood clots because it can start in your legs or your lower back (from sitting for an extended period of time).”

“That, on top of my previous condition (kidney failure) made me more prone to (getting blood clots). I couldn’t sleep because I was in so much pain. I was having a lot of pain in my back.”

“My doctor was saying that my work is going to kill me — and he’s not joking,” Cannon revealed. “I think part of the reason why my health did kind of deteriorate was because I wasn’t resting a lot and I was doing too much. I was overworking myself, working out too much.”

“I always took a lot of pride in working so hard and never taking a day off. But I’m learning that it isn’t the wisest thing all the time, especially being a new father. Not only wanting to spend more time with my children, but wanting to be there for my children.”

Mr. Mariah Carey is now out of the hospital and recovering at home with the help of his lovely wife.