Kate Middleton is just like everyone else — we’ve got proof. She likes to indulge in one of the biggest guilty pleasures around — reality TV. Keep reading to find out what her favorite show is. 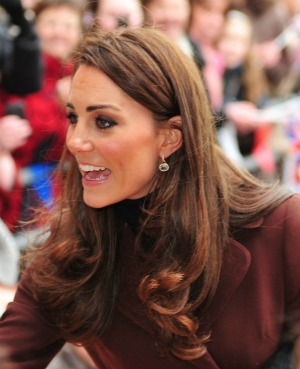 No, it’s not Jersey Shore or Dancing with the Stars Kate Middleton fancies. Here’s a hint — it’s based in England.

If you said The Only Way Is Essex, give yourself a round of applause.

Kate Middleton is a huge fan of The Only Way Is Essex, an England-based reality show that follows 10 people who live in Essex.

According to a source via the Daily Star, Middleton spoke of her love of the show during an appearance at the Alder Hey Children’s Hospital in Liverpool.

The source said, “She has us all laughing, saying she never misses an episode and that Lauren Goodger is her favorite.”

Lauren Goodger is a socialite who used to be the fiancee of Mark Wright — you follow? We know, it sounds like a good show, right?

The source went on to say of Lauren and Mark’s relationship, “Kate said she really hopes that Lauren doesn’t get back with Mark Wright because he is not nice enough to her.”

She sounds just like us when it comes to Jersey’s Shore‘s Ronnie and Sammy.

Truth be told, we kind of want to hop a plane to England and search these people out in Essex! Anyone want to join us?

Head over to our comments section and sound off over Kate Middleton’s love of reality TV. We know you have an opinion, so why not use it?

Did you think Kate Middleton would be a reality TV watcher?