George Clooney is an insecure, lonely drinker whose life is one bad relationship after another — or so he’d have us believe. What secrets did he reveal in a new interview? 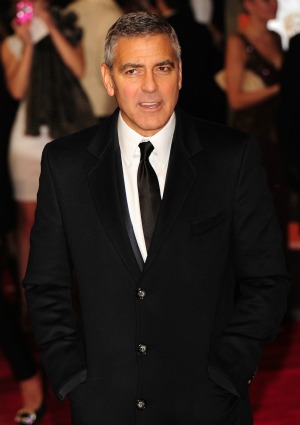 There’s more to George Clooney than his gorgeous face and rotating stable of beautiful girlfriends. The Oscar nominee told The Hollywood Reporter about his human side, complete with social anxiety, sleepless nights, bad relationships and dabbling in drugs.

“Anyone would be lying if they said they didn’t get lonely at times,” Clooney told the mag.

“The loneliest you will get is in the most public of arenas: You will go to a place and end up in the smallest compartment possible, because it’s a distraction to everybody, and you end up not getting to enjoy it like everyone else.”

The notorious playboy revealed that although he has a seemingly endless supply of beautiful women at his fingertips, he has his relationship problems just like the rest of us.

“I have been infinitely more alone in a bad relationship; there’s nothing more isolating,” he said. “I have been in places in my life where that has existed.”

The Descendants star even revealed he’s been cheated on “and left for someone; all those things. And it was sometimes a surprise, and sometimes you saw it coming. The most painful was when I kept trying to get (one woman) back. But we all make dumb mistakes.”

How did he get through the stress of relationship problems and a high-powered career? Not always in the healthiest manner, he said.

“I drink at times too much,” Clooney acknowledged. “I do enjoy drinking, and there have been times in my life when it’s crossed the line from being fun to having to drink late at night for absolutely no reason. So what I do is, I stop.”

Clooney even revealed he tried cocaine, but it just wasn’t his thing. “I didn’t have an issue with it. I’m not a big druggie, not at all. Blow is absolutely a nonstarter,” he said.

Read the entire interview with George Clooney in the new issue of The Hollywood Reporter.